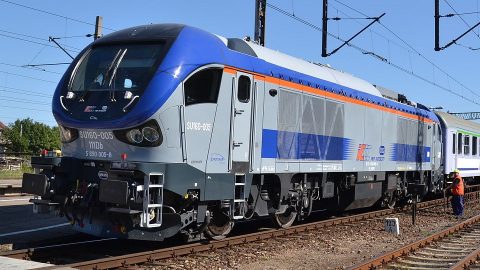 Poland on the way to own hydrogen locomotive

Poland is moving towards the development of home-produced hydrogen-powered locomotives. To this end, Polish rolling stock company Pesa Bydgoszcz and country’s major oil refinery group PKN Orlen have joined forces for producing the hydrogen rail vehicles and fuel for them. It is the second hydrogen project in Poland’s rail sector after the initiative launched by PKP Cargo and its partners in 2018.

Pesa Bydgoszcz and PKN Orlen have already made a first step to the hydrogen-powered locomotive. On 12th December, both companies signed a memorandum on cooperation. It suggests two stages of the project. The first one includes planning. By the mid-2020, the partners should draw up a roadmap of the project. Afterwards, Pesa Bydgoszcz intends to focus on the development of necessary equipment and construction works.

The project is focused on a freight locomotive. Ultimately, the partners plan to expand the technology for the passenger trains. “At the beginning, we will start with the hydrogen-powered freight locomotives. Eventually, we will be able to produce a completely emission-free multiple unit designed for passenger traffic,” said Krzysztof Zdziarski, COO of Pesa Bydgoszcz.

At the same time, PKN Orlen will focus on the production of hydrogen fuel for the planned locomotive. The company has already made some progress in this area. “We have already decided to build a hydrogen purification facility, which will be erected at the plant in Trzebinia owned by Orlen Południe company (a subsidiary of PKN Orlen – RailTech). The start of production of pure hydrogen fuel, which will be used to drive electric vehicles, including locomotives, is planned for 2021,” noted Daniel Obajtek, CEO of PKN Orlen.

It is worth to add that PKN Orlen is producing the hydrogen fuel for the automotive industry. “We sell this raw material for passenger cars at two fuel stations in Germany. Soon, drivers of hydrogen-powered cars in Czechia will be able to use it, as Unipetrol from Orlen Group will start construction of three hydrogen stations next year. Now we are also expanding our potential market to the rail transport, which in the future will have a much greater demand for hydrogen than road transport,” specified Józef Węgrecki, Member of the PKN Orlen’s Management Board responsible for operations.

The hydrogen-powered locomotive of Pesa Bydgoszcz and PKN Orlen is the second project in Poland focused on the development of hydrogen-powered rail vehicles. In June 2018 PKP Cargo and Jastrzębska Spółka Węglowa (Jastrzębie Coal Company, JSW) also united for developing the hydrogen-powered locomotive. For producing hydrogen fuel, JSW declared its intention to construct a hydrogen purification plant at the former Krupiński mine in Suszec, Katowice Voivodeship. The company wants to produce hydrogen from coke oven gas, which, in its turn, is a byproduct of coal coking. In November 2018 another Polish company, rolling stock manufacturer H. Cegielski–Poznań, joined the project.

Currently, the partners are providing preparatory and conceptual works for the project. In May 2019 the chairman of PKP Cargo announced the more exact terms of the project. “I hope that in 3-4 years the first hydrogen locomotive will run on the Polish tracks, and PKP Cargo will definitely want to buy these vehicles,” he said in at interview to the Polish online title ‘Energetyka24’.

PKP Cargo plans to convert its diesel locomotives and, therefore, reduce the costs. “Fuel costs for our company account up to 18 per cent of all costs, hence the search for new solutions in this area and the idea of ​​using hydrogen technology. Totally, we have 500 diesel locomotives, so it’s great potential for use,” said Czesław Warsewicz, CEO of PKP Cargo, to the Polish media ‘Money.pl’ after signing the cooperation agreement with JSW in June 2018.