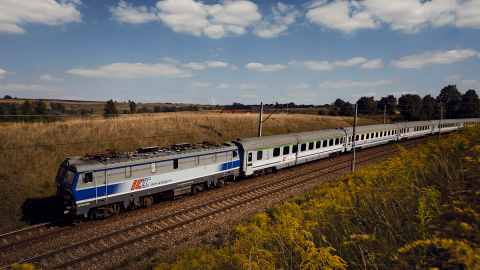 PKP Intercity concluded an agreement with Polish supplier SESTO for the delivery, installation and launch of measuring devices. The deal includes a firm order for 316 meters and an option for 54 meters. The basic contract is valued at 5.8 million Zlotys (around 1.4 million Euros), the extended agreement is worth 6.7 million Zlotys (around 1.6 million Euros). The devices from the firm order should be supplied within a year.

137 energy meters will be installed in locomotives of the type EP07. This class is the most numerous part of the company’s traction rolling stock. PKP Intercity plans to equip with energy meters locomotives of two other popular types – EU07 and EP07. Also, the company intends to equip with measuring devices its electric multiple units – Dart and Flirt. SESTO will provide service maintenance for the supplied meters during 48 months.

The main target of PKP Intercity in acquiring the meters is to reduce the energy costs and eventually become more efficient. Currently, the train operator pays for the approximate volume of the consumed energy on a forecast basis of the transport performance. The measuring devices will show more accurate data of the energy consuming by locomotives and passenger trains of PKP Intercity. The meters will be also capable to indicate how much energy can be returned by the vehicles into the electrical grid.