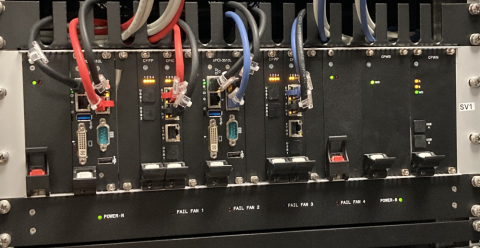 Hitachi to deploy RBC Argos for SNCF Réseau in France

SNCF Réseau has tapped Hitachi Rail for the rollout of wayside ERTMS Radio Block Centers (RBC) in France. The technology will first be tested on a pilot track in the South of France before gradual deployment in the same region. The first section with come into service around year-end 2027.

The RBC, used to securely manage a train’s movements in a pre-defined area, will be linked to the Argos digital platform that SNCF Réseau is currently working on as part of the new ERTMS Argos Computer Based Interlocking programme. Hitachi Rail has been a partner in the project for the renewal and digitalisation of interlocking systems for close to five years.

First tests with the deployment of RBC Argos are scheduled for mid-2025 on a line between Cannes and Grasse. This pilot track measures around 16 kilometres in length. The next step will be to deploy the equipment on the Marseille-Vintimille route. Vintimille is situated in Italy at some 2 kilometres from the French-Italian border.

“With this new contract, we are implementing an essential brick of the new generation of ground-based ERTMS. It is therefore a fundamental step in our roadmap towards a new digital signalling system, a major challenge for SNCF Réseau with a view to developing a modern, reliable and robust service for the benefit of our customers”, deputy director general of Projects, Maintenance and Operations at SNCF Réseau Olivier Bancel added.