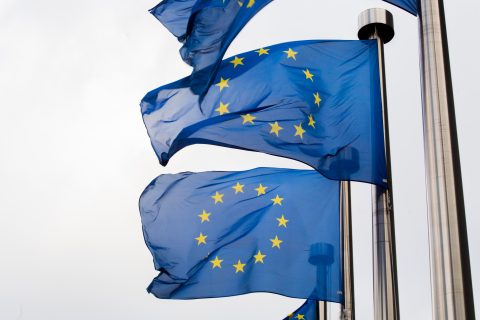 The European Transport Ministers, gathered virtually at their EU Council meeting, adopted two important sets of Council Conclusions on EU rail and on the EU Strategy on Sustainable and Smart Mobility this Thursday. The mobility strategy aims to double rail freight and to triple high-speed rail passenger transport by 2050.

“With these conclusions we, the Transport Ministers, are sending a clear political message regarding our commitment to a more sustainable, inclusive, intelligent, safe and resilient transport system”, says Pedro Nuno Santos, Portuguese Minister for Infrastructure and Housing, and President of the Council.

“This transformation is essential and will be a major contribution to meeting the objective of a climate-neutral EU by 2050, in line with the Paris Agreement”.

What do the conclusions entail?

The text of the adopted conclusions touches upon issues of key importance to the development of the sector: the impact of Covid on EU mobility and on railways, the need for supporting rail Research & Innovation, the role of modal shift, the importance of TEN-T and rail freight corridors. Also, the revamping of night trains, the need to boost long-distance and cross-border (high-speed) passenger rail services, ERTMS, and the efforts being made to further digitalise passenger and freight services.

The conclusions are adopted by the Council of the EU, mostly known as EU Council. It is the institution representing the member states’ governments, and where national ministers from each EU country meet to adopt laws and coordinate policies. Council resolutions usually set out future work foreseen in a specific policy area. They have no legal effect but they can invite the Commission to make a proposal or take further action.

In response to the conclusions, the Community of European Railway and Infrastructure Companies (CER) especially appreciates the work of the Portuguese Government, which has produced the Council Conclusions. CER Executive Director Alberto Mazzola said: “This is likely the most appropriate way to celebrate the first semester of the European Year of Rail and I must congratulate the Portuguese Presidency and the whole Council for agreeing unanimously on a text that is ambitious and clear in its objectives.”

“The Council Conclusions are a clear call for being bold about modal shift and the policies that should make it a reality. We expect this to represent a true political agenda that the Council, together with the other EU institutions, will keep as a reference in the near and distant future – starting with the next revision of the TEN-T Regulation”.

Regarding the Council Conclusions on the Commission’s Sustainable and Smart Mobility Strategy, CER underlines the pivotal importance of its sixth paragraph – calling for the ”polluter-pays” and “user-pays” principles to be reflected in transport policy measures for and across all modes of transport.

Mr Mazzola further stated: “It is unavoidable at this point that hopes are raised on a more constructive position of the Council on important dossiers such as the ongoing revision of the Eurovignette Directive, the road user charges for heavy goods vehicles”.

You can read the full conclusions adopted by the EU Council here: