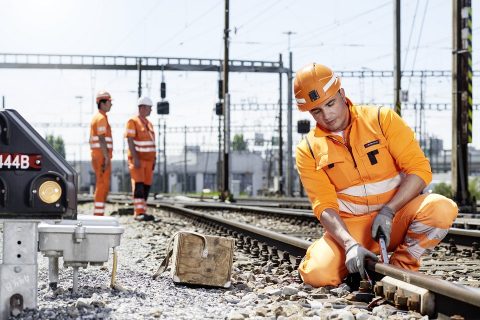 The RailTech Academy has started online courses dedicated to various topics of the railway industry. Its first lecture was delivered by Jean Rousseau, the railway engineer at IKOS Consulting. He made some introduction to the history of railways and explained some important issues regarding the railway equipment, rolling stock, signalling and safety.

“It is very important to keep in mind when speaking about railways that the first concern is safety. I remember that once I was doing a course with my colleague who said that the most important thing in railways is always safety. And then he turned to me and asked what is the second most important topic. I answered that it could be a performance. He said ‘no’ and added that it is a safety. This story is a kind of fun but it illustrates that our main preoccupation, our main worry is to make safety as higher as possible,” Jean Rousseau noted in the introduction to the course.

From trackway to high-speed rail

Mr Rousseau started his lecture by stepping back in railway history. The rudiments of railways could be found in the 7th century BC when the ancient Greeks constructed the Diolkos paved trackway for the overland moving of the boats across the Isthmus of Corinth. It was not the ordinary railway compared the contemporary ones but this line had some elements similar to the tracks.

According to Rousseau, the first railways (in the modern sense but without steam power) could be traced in the French coal mines in the 16th century. The first iron rails were invented by English engineer William Jessop in 1789. A few years ago, he used them for the construction of the Surrey Iron Railway, a horse-drawn plateway between the London boroughs of Wandsworth and Croydon.

In the second half of the 18th century and the beginning of the 19th century, there were some experiments with the steam engines and the prototypes of steam locomotives were tested by numerous inventors. “A lot of railway improvements come from Britain,” Jean Rousseau said. For instance, Richard Trevithick built several steam locomotives, one of them performed a trial journey on a wagonway.

However, the title “Father of Railways” belongs to George Stephenson. In 1825 his locomotive named as Locomotion pulled the first train on the first public railway between Stockton-on-Tees and Darlington. In 1863 the United Kingdom gave the world another railway innovation – the Metropolitan Underground Railway in London, the world’s first metro system. It has a length of only 6.5 kilometres and was steam-powered.

The next question is the components of track infrastructure and the related equipment such as catenary, communication, signalling. “First, I’d like to talk about the tracks. They seem to be easy but they actually do not. We can make a distinction between two types of tracks: ballasted and slab tracks,” Mr Rousseau noted. The former type is laid on concrete or timber sleepers while the latter type includes embedded rails.

By the way, the rails are also divided into several profiles: double-headed, grooved and vignoles. It is noteworthy that rails have the names of their parts very similar to the human ones: head (for the upper part of rail profile), foot (for its bottom part) and web (the only exceptional name that means the middle part between head and foot). As for the sleepers, they are also classified into several categories: wooden, steel, concrete monoblock, bi-block, slab tracks. After that, the reader made a review of the key features and peculiarities of the catenary, railway telecommunication (GSM-R) and signalling systems.

“The next session is dedicated to rail safety and signalling, the most dramatical issues for railways,” Mr Rousseau noted. He specified that there could be defined five periods in the history of railway signalling:

“Before the middle of the 19th century, there was no problem with the trains because their speed was very very low. The usual speed at that time was below 30 kilometres per hour. But with technology development, speed and weight have increased a lot. It means that the parameters such as visibility, stopping distance became quite important for rail safety,” the lecturer noted. As a result, railway signalling has also transformed from manual to automatic block systems. However, it’s not the end of the process. At the moment, European railways are gradually deploying the new, digital signalling solution – the European Railway Train Traffic System (ERTMS). This topic will be covered at the next course of the RailTech Academy.

Are you interested to know more about the following courses of the RailTech Academy? Follow the link.

If you want to share your knowledge with other professionals, you are welcomed to become a trainer. To this end, you can fill a special form or directly contact Rob Vos who is responsible for Business Development Management at ProMedia Group.