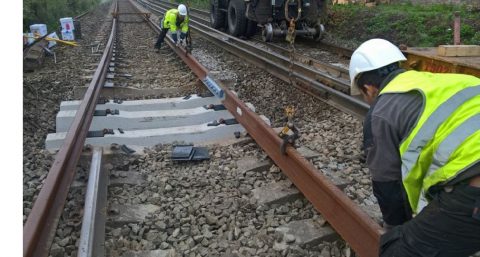 Innovations encourage and strengthen the interrelation of infrastructure manager and operator in an unusual way. This phenomenon was discussed at the Intelligent Rail Summit 2018, which began on Tuesday in the Swedish city of Malmö. The representatives of different companies each shared their own experiences in this area.

The most topical issue discussed during the first day of the summit was wheel defect detection. The Danish experience was shared by Niels Kloppenborg, fleet manager of the electrical ET trainsets of operator Danske Statsbaner. According to him, Wayside Train Monitoring Systems (WTMS) data about hot boxes and other defects help a railway operator plan maintenance without stopping the train. “Because we have data available, we can prevent infrastructure operators from having to stop a train. We can plan the repairs”, he said.

WTMS product manager Juliette van Driel of Dutch infrastructure manager ProRail emphasised the scientific aspects of infrastructure data, referring to an innovative project of her company with the Technical University of Delft. Scientists process the data of ProRail, identifying different types of defects. “We have a lot of data on wheel defects but we do not know what kind of defect we have. We hope that by using data, we can identify these defects. I expect that the researchers succeed and we receive the results next year”, she specified to RailTech after her presentation. 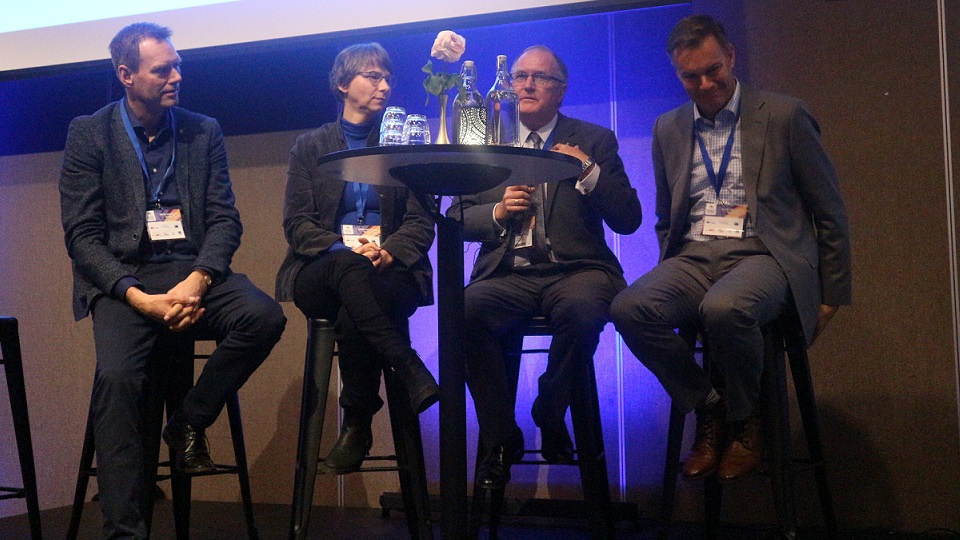 From the wheels on the bottom of the rolling stock to wires and pantographs at the top; chartered engineer at Network Rail Paul Barnes shifted to another infrastructure monitoring topic in the cooperation between railway companies and infrastructure managers. He showed a picture of a broken pantograph. It was damaged on the way from London to Scotland. The British infrastructure manager found this defective pantograph through a high-speed camera installed on the route. It can take photos of rolling stock moving at a speed of 200 kilometres per hour.

Currently, Network Rail has five such cameras. “Cameras help us to work together. If we see one damaged pantograph on a train, we report it to the rail operator. If all the pantographs are damaged, then it is our problem and we should fix it”, Barnes noted. According to him, Network Rail intends to install more cameras in the future.

Manager advanced analytics of Asset Insight Dirk Bothof talked about predictive models on track geometry that can help reduce the risks and costs of railway companies. According to him, the amount of money saved depends on every separate situation but it could be a significant amount when it comes to the next five, ten years or more.

“We calculated the total cost reductions, and we saw that our predictive models really save money. They can strongly reduce costs and risks”, noted Dirk Bothof. He believes that using predictive models allows railway companies to concentrate their forces on exceptional problems on the tracks. “If we use models like these, humans can really focus on the exceptional problems, and machines can work on everyday problems”, Bothof added.

Three years ago, Asset Insight started creating a predictive model that allows for the forecasting of the future state of the track geometry. Two sections with a total length of around 300 kilometres were chosen in the Netherlands for collecting data in cooperation with railway company VolkerRail. The predictive models were created after several measurements with machine learning and data processing.

“What actually happened? The tracks are measured, and in half a year they are measured again, and another six months we do the same. Several measurements allow us to see whether the track condition is okay or not. After measuring, we process the data and try to predict the future state of the tracks”, Bothof specified.