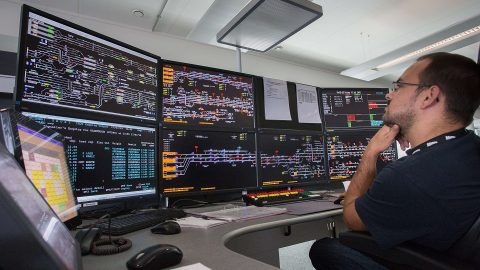 UK’s infrastructure manager Network Rail has chosen three contractors to improve the signalling systems in five regions. The entire value of the five deals is over 7 billion euros. They cover the Control Period 6 (2019-2024) and could be extended for the first two years of Control Period 7 (2024-2026).

“The major signalling frameworks are the final awards in a three-tier approach to signalling delivery for Control Period 6. The awards have gone to suppliers that, between them, have many years of signalling experience,” said Paul Wright, Network Rail’s commercial director. Among the winners are Alstom, Siemens Mobility, the consortium of Hitachi Rail STS UK and Linbrooke Services. Five contracts cost 6 billion British pounds (over 7 billion euros). This amount is split into two parts: 2.4 billion pounds will be spent in the Control Period 6 while 3.6 billion pounds will be allocated in the following interval of time.

The five above-mentioned deals came into effect on 31 January of this year and will act until March 2024. All the agreements have an option for an additional two years. They are divided among five geographical regions of Network Rail. Two contractors got two deals per each: Alstom will upgrade the signalling systems in the Southern Region and Eastern region while Siemens Mobility will do the same in Scotland Region and North West & Central region. The remaining deal was concluded with the consortium of Hitachi Rail STS UK and Linbrooke Services. It will supply the signalling solutions for Wales & Western region.