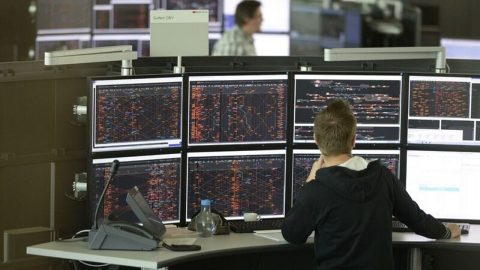 The movement of the European railways towards the joint ERTMS network is impossible without the unification of standards in signalling architecture. To meet this challenge, the EULYNX initiative has been launched in 2014. Since that time, three major specifications in signalling were released. The latest one, Baseline 3, will be completed at the end of this year.

Initially, EULYNX was launched as a project, now it has become a permanent organisation. “This is to ensure that infrastructure managers get support with implementation and to maintain and keep the standard future proof because of what we call game changers in the world of signalling, i.e. ERTMS hybrid Level 3, ATO, FRMCS, migration and so on,” says Bob Janssen, Senior Data Architect at EULYNX who will present the initiative at the Intelligent Rail Summit 2019 to take place on 19-21 November in Paris, France.

Currently, European countries have a diverse number of signalling systems. Soon, it will change totally. “Modern signalling systems are basically nationwide IT systems and EULYNX ensures that these will be protected with state of the art and future-proof techniques. EULYNX replaces a mosaic of different national signalling interfaces by unified interface specifications in a standard reference system architecture. Signalling equipment that meets the EULYNX standards will become commodities. Infrastructure managers expect less need for customisation and less obsolescence problems resulting in lower life cycle costs. Suppliers, also the niche players, can expect to cover a bigger market at lower development cost,” Bob Janssen explains.

The implementation of EULYNX specifications has made some success in Europe. “All EULYNX members are participating actively in the specification development and preparing for tendering with EULYNX specifications,” Mr Janssen states. However, if we take a close look at each European country, this process is going at a different speed. “BaneNor has based their nationwide ERTMS rollout on EULYNX, as the first large scale project applying EULYNX. ProRail is preparing the path towards EULYNX projects in the Netherlands. Deutsche Bahn is preparing for a large scale EULYNX rollout with the implementation of the pre-series projects,” he says.

“European infrastructure managers initiated EULYNX because they strongly believe in the advantages it brings,” Bob Janssen explains. The first of them is the simplicity in the usage of EULYNX standards. First of all, the EULYNX interfaces don’t affect the rules and regulations that apply to the signalling systems. “Signals, points and other field elements will behave in exactly the same way as before; the innovation sits in between these distributed field elements and increasingly centralised interlockings,” Mr Janssen specifies. The other advantage is the transformation of the signalling system into the modular ones. “As EULYNX is a modular system, several migration paths are possible and in preparation by the infrastructure managers,” Bob Janssen adds.

Bob Janssen will give a presentation on EULYNX at the Intelligent Rail Summit 2019. The programme is available on the event website.