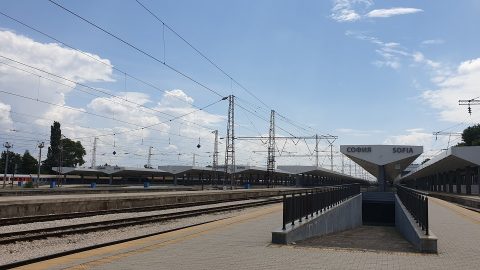 Spanish technology company CAF was awarded three contracts in the signalling sector. It will install and refurbish the signalling systems on the domestic market as well as in Slovenia and Bulgaria. The entire value of all deals is 120 million Euros.

The works on all contracts will be performed by CAF Signalling, a subsidiary of the CAF Group, together with several partners. The largest deal was awarded to the group by the Spanish rail infrastructure manager Adif. It costs circa 80 million Euros and will be carried out by CAF Signalling together with Thales on the Nudo de La Encina-Xátiva-Valencia section of the Mediterranean Corridor. According to the document, the contractors will install the interlocking facilities, train protection systems, Centralised Traffic Control, auxiliary detection systems, power supply system, telecommunications, safety and protection facilities for both the conventional and high-speed lines as well as they will introduce ERTMS system Levels 1 and 2. The contract should be completed in three years. It also includes 25 years of maintenance for the high-speed facilities, and 20 years for the preservation of the conventional network systems.

Deals in Slovenia and Bulgaria

CAF will receive the remaining 40 million Euros by refurbishing the signalling systems on Zidani Most – Šentilj railway in Slovenia and the Sofia – Voluyak railway in Bulgaria. The first agreement will be carried out in a partnership with ISKRA, a Slovenian technology company. The contractors will replace the old ISKRA-made relay interlocks with CAF electronic ones. The works will be performed on the 117-kilometre section and include 17 stations. It is the largest investments of Slovenia into the signalling equipment during recent years. This project is co-funded by the CEF programme (Connecting Europe Facility) and ERDF (European Regional Development Fund)

The Bulgarian deal covers the Sofia – Voluyak railway section within the metropolitan area of Sofia. It will be performed by CAF Signalling together with local partner AER. Both companies will upgrade the signalling and telecommunications systems on the 12-kilometre section between the capital city of Sofia and the nearby town of Voluyak. The agreement also includes the installation of new signalling equipment at the Sofia Central, Obelya and Voluyak stations. This project is co-financed by the CEF.