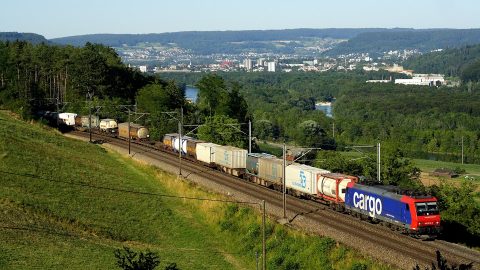 Swiss railway group SBB has obtained a strategic investor for its domestic freight business. 35 per cent of the SBB Cargo shares were purchased by Swiss Combi, a joint venture consisting of Planzer Holding, Camion Transport, Bertschi and Galliker Holding. SBB will remain the major shareholder of SBB Cargo with a stake of 65 per cent.

SBB and Swiss Combi have agreed to keep the price in secret. The deal between the parties SBB and Swiss Combi should be approved by the Swiss competition authorities. Their decision is expected to be issued in the first quarter of 2020. Until that time, SBB Cargo International will be removed from SBB Cargo and transferred directly under the control of SBB. The company’s international business is not a part of the purchase.

After finalising the deal in the second quarter of 2020, the SBB Cargo Board of Directors will be extended with new members. Nils Planzer and Josef Jäger will represent Swiss Combi in the Board of Directors. Earlier, in the fourth quarter of 2019, Eric Grob will become an independent board member.  He has advised SBB Cargo on several projects as a partner of the consulting firm McKinsey.

Swiss Combi consists of four significant logistics service providers Planzer Holding AG (40 per cent), Camion Transport AG (40 per cent), Bertschi (10 per cent) and Galliker Holding (10 per cent). Their experience could be useful to increase the competitiveness of SBB Cargo compared to other companies and other modes of transportation. “The planned partnership strengthens the shift from road to rail and increases the utilisation of the system wagonload traffic and combined transport in a sustainable manner,” SBB stated. The company also noted that the deal will not cause the additional job cuts, and the collective employment agreement which was implemented n May 2019 continues to act.

In 1999 SBB Cargo was transformed into a private limited company with the aim of being able to enter into joint ventures with the third parties. After the failure of the partnership with Trenitalia, SBB Cargo entered the markets of Germany and Italy alone in 2003. As a result, domestic traffic was systematically renovated. In 2011 the international business was transferred to SBB Cargo International, a joint venture of SBB Cargo (75 per cent) and Hupac (25 per cent). Currently, SBB Cargo International is the Swiss leading provider of transalpine rail freight service with a market share of 38.1 per cent.

SBB Cargo transports around 29.8 million net tonnes of goods per year. Its turnover in 2018 was 742 million Swiss Francs. The fleet comprises 5,324 freight cars, 313 main line and 76 shunting locomotives. The company’s staff involved in the Swiss business includes 2,275 people (at the end of 2018). The head office is located in Olten.