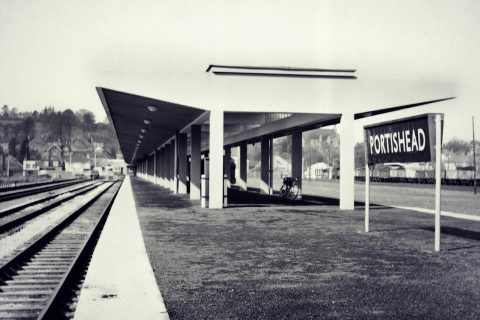 A railway line connecting the west of England city of Bristol with the fast growing community of Portishead has received approval from the UK government. The railway, currently open for freight traffic only, will see passenger services reinstated as the first phase of a grand plan for mass transit around Bristol, which includes neighbouring Bath, and other communities in the region. However, fears have been expressed that the remainder of the project may be postponed or even cancelled due to the economic situation in the UK.

Portishead, which has a busy docks on the Severn Estuary, will regain its passenger service in about two years’ time, after a gap of over six decades. The fact that the railway is still extant in the town has played a significant part in the approval, by reducing the cost of bringing Portishead back on to the national rail network.

The long standing campaigners, the Portishead Railway Group (PRG) were delighted that the Secretary of State for Transport, Mark Harper, approved the Portishead Branch Line Development Consent Order (DCO) application just three weeks after taking up his cabinet ministerial post. “It has been a long and arduous journey to get to this most welcome point in the saga of reopening the railway to passenger traffic”, reads a PRG statement.

“PRG also thanks and congratulates North Somerset Council staff for their hard work that resulted in the success of the DCO application, and Dr Liam Fox [the local member of parliament] for his tireless work over many years to support the case for Portishead rail in Parliament and central government”, continues the PRG statement.

PRG members, and the people of Portishead and of Pill (a town midway along the ten mile, sixteen kilometre branch) are only too aware of the need for the re-establishment of the town’s rail link with Bristol. Although a moderately sized community of 25,000 residents, Portishead once boasted four stations, serving the town centre, suburbs and the pier. The community has greatly grown in population since the passenger service was withdrawn in 1962, and road congestion is a significant issue which now stifles economic growth.

The campaigners brought all the current issues to the table, which helped persuade the local authorities to back the bid. “Urgent action is now required to push forward with construction so as to help solve the existing road congestion and resulting pollution problems, as soon as possible”, say the PRG.

However, there is concern that much more widespread and ambitious plans, backed by the local authorities in the region, may be shelved. The Bristol Metro, also known as MetroWest, combines rail, light metro and express bus in the region to solve a growing transport problem around the booming region.

“We’re working on plans for a mass transit system for Bristol and the surrounding area with the West of England Combined Authority (WECA) and neighbouring councils in Bath, South Gloucestershire and North Somerset”, says Bristol City Council. It has however been noted that the new secretary of state of transport, Mark Harper, has his own constituency in the Forest of Dean – which almost looks on to Portishead from the other side of the Severn Estuary – not far from a potential ‘park and ride’ into Bristol.