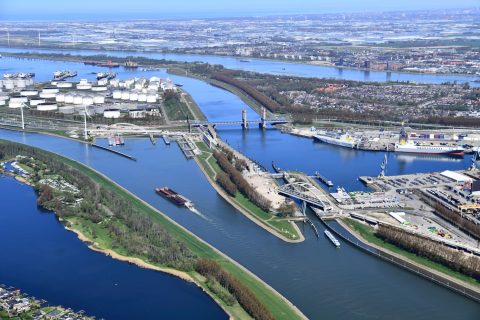 This coming weekend, rail freight transport via the troubled harbour line in the port of Rotterdam will shut down for 96 hours for large-scale work. Dutch infrastructure manager ProRail already carried out unexpected maintenance works around Easter. However, the upcoming closure was already planned a couple of months ago.

From Saturday 4 June, Rotterdam’s harbour line will be closed for rail freight traffic for at least 96 hours. It involve the replacement of switches, the renewal of level crossings on emergency roads, digging of trenches for fire extinguishing facilities and the replacement of lighting. “We will undertake work everywhere in the area”, said ProRail.

ProRail decided to undertake all work during one major shutdown to avoid nuisance as much as possible since it is less busy around Pentecost than on other weekdays. From Wednesday afternoon, 8 June, freight trains will again run on the harbour line as usual.

ProRail announced the imminent closures in March. Repair works are part of the infrastructure manager’s “Infra in Order” programme that, in 2022, focuses on maintenance work in Port of Rotterdam’s Botlek yard and harbour line.

Ben van Hooijdonk, project manager at ProRail, had stated that “ works will take place during a 243-hour shutdown, during which the main track of the port railway will also be out of service for 96 hours”. The coming days will see the Rotterdam’s closed for ten days – a considerably long period without rail freight.

However, as ProRail assured, this is due to a backlog of maintenance works, indicating that after the works conclude, traffic will run with fewer disruptions compared to the past.