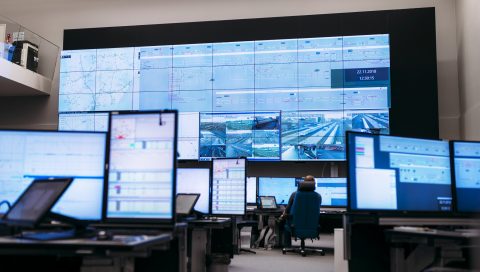 FRMCS tests in Finland to start in 2022

In the Finnish Digirail project, the radio-based communication system FRMCS will be tested. A unique European trial will begin in Finland, where the new system can be adopted earlier than in most countries, because their GSM-R has already been replaced. The Digirail project is now moving from preparation to practice as digital train control technology will be constructed and piloted on the railways. The goal is to have a fully operational test laboratory in 2022, and a test track two years later.

This system will apply a uniform operating principle throughout Europe. By standardising the functions for the European Union, it will allow uninterrupted movement of trains across land borders. The development and verification phase of Digirail will test new solutions employing 5G-based data transmission. Digirata published a report on 2 July 2021 with information on the modernisation of the technical systems. Now, the project is moving from preparation to practice as the test lab and track will be built to be able to start tests next year.

“The preparatory phase of Digirail provided valuable information on how to replace the train control system as it approaches the end of its service life in the 2030s”, says Minister of Transport and Communications Timo Harakka. “Pioneering work will now begin as the new system will be tested on the Kouvola-Kotka-Hamina track section. Our digital solutions for rail transport will be a global leader, with the potential to be scaled up for a future international market.”

Testing in a real environment and in the laboratory

Digitalising a railway system is a major reform that requires trials. The first project testing field will be a test track on the Kouvola-Kotka/Hamina railway line together with the ERTMS test laboratory. These installations will pilot pioneering data transmission on railways in Europe. The test track comprising Finland’s first Digirail section and laboratory will be completed as part of a track section improvement project.

The aim is to realise a fully operational test laboratory in 2022 and to build the test track by 2024. Construction of a commercial pilot track is also planned with a view to launching commercial rail transport operations in 2026.
The Digirail project is developing a modern ERTMS train control system for Finland. The project will establish the technological foundations for a system to digitalise train positioning and automatic operation, to update capacity and schedule information, and to manage rail traffic.

Outcomes of the project

The total cost of Digirail will be 1.7 billion euros over the period from 2021 to 2040. The Government will contribute 1.4 billion of this, with rolling stock owners financing the remaining 300 million. Digirail is also part of the Recovery and Resilience (RRF) Plan for Finland to recover from the coronacrisis, which were approved by the Government in May 2021.

The funding would cover the preparation of testing and piloting operations during the development and verification phase of the project in 2021-2026 in the test laboratory, on the test track, and on a pilot track to remain available to commercial train traffic. The European Commission has two months to assess the RRF Plans of Member States.

The development and verification phase of the Digirail project will now begin with a view to studying and testing technological solutions. The Ministry of Transport and Communications will appoint a new steering group to guide the project in 2021-2027.