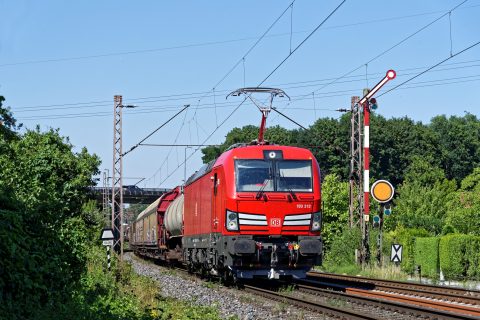 Germany has proposed to continue the reduction of track access charges until the end of 2021. Interestingly, the charges will almost be nullified; from the current 50 per cent reduction it wants to move to a reduction of 98 per cent. The support comes in the face of the ongoing pandemic, which has caused significant losses for the rail freight industry.

The European Commission last year approved and encouraged the reduction of track access charges in EU member states. It is now considering to prolong this legal possibility until the end of this year, as the industry still requires the support. Germany is one of the first that has responded to this possibility by proposing to extend its support from March 2020 until the end of 2021.

ERFA, the European Rail Freight Association, commented that it strongly supports the proposal. Such measures remain the best means to support the rail freight industry through the Covid-19 pandemic in a fair, transparent and non-discriminatory manner, it believes.

ERFA Secretary, Conor Feighan: “The decision of the German government to allow track access charges to be reduced up until the end of 2021 shows the importance of extending the provisions of the European Regulation establishing measures for a sustainable rail market until the end of this year. We therefore call upon the European Commission to take the necessary steps to prolong the Regulation.”

However, ERFA also strongly warned that caution is needed to ensure that proposed direct support to the incumbent holding company does not result in cross-subsidisation or other activities. With that, it is hinting towards the support for Deutsche Bahn, Germany’s dominant player in the industry and its subsidies. In May last year, the German government, Deutsche Bahn and a railway union formed the ‘Alliance for our Railway’, which apart from general support of the industry, also included far-reaching support for the company.

‘Check how money is used’

“The European Commission must therefore continue to be vigilant in guaranteeing that sufficient safeguards are in place so as to ensure that national aid destined to the modernisation of the rail system, as proposed in Germany, does not lead to cross-subsidisation of individual operators.

Where aid is granted to a holding company, it is essential for the confidence of the market that there are checks and balances in place on how the money is used and certainty that any aid will not undermine competition. It is also essential that track access charges reductions do not result in any reduction in maintenance or investment in important infrastructure works”, says ERFA.

The proposal of Germany will join similar measures which have been observed in a significant number of Member States since the introduction of the European Regulation establishing measures for a sustainable rail market. ERFA believes the strong uptake of the provisions of this Regulation by Member States – namely the possibility to waive and reduce Track Access Charges – and the cross-industry support for these measures, clearly shows that direct support and recapitalisation of individual rail freight operators should no longer be viewed as a viable means of supporting and promoting rail freight.

“We strongly support the path the German government has decided to take to support the entire rail freight sector. This is an important step and must form the basis of all future support measures. It sends a positive message to all private and independent operators that support measures will be fair and equally available to all rail freight operators”, ERFA President Dirk Stahl said.