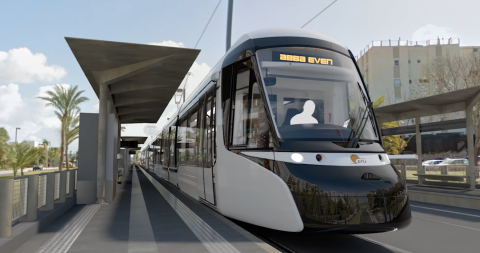 Israel’s Metropolitan Mass Transit System (NTA) has awarded Alstom and its partners the contract for the design, construction and maintenance of the Tel Aviv Metropolitan LRT Green Line.

Alstom’s contract scope, announced on Tuesday and valued at 858 million euros, also includes engineering work, the supply of the railway system including tracks and electrification, as well as signalling and communication. The company will also be supplying 98 two-car Citadis XO5 trams.

The so-called Green Line is one of two new light rail lines planned for Tel Aviv. It will have a length of more than 39 kilometres and will run partially underground. Of the 62 stations, four will be underground as well.

The Green Line project as a whole is valued at 2,6 billion euros. It is intended to reducing north-south commuting times by 14 percent on average. By 2030, the line is expected to move 76 million passengers on an annual basis.