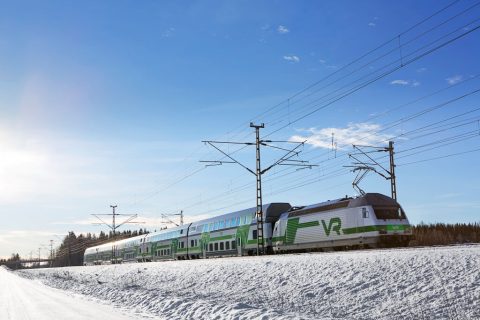 VR Group and the Finnish Ministry of Transport and Communications have reached an agreement on purchased transport services until 2030 under public service obligation (PSO). Finland’s national operator also commits itself to major fleet acquisitions, more than 280 million euros will be invested in new night trains and commuter trains.

The new contract for the provision of purchased transport services concerns rail transport on routes that are not profitable on market terms, known as a public service obligation. The purchase traffic agreement consists of commuter trains operating on the Sm2 and Sm4 vehicles in the urban traffic area of ​​Southern Finland, as well as rail bus traffic on quieter long-distance routes. In addition, the acquisition includes regular Lapland night train services as well as some Intercity and Pendolino services that complement market-based traffic.

The purchase of services is deemed necessary through direct procurement as the ticket revenue of these route is not sufficient to make them commercially viable, says the transport ministry. After the 9-year contract period, procurement must move to a competitive model as required by EU regulations.

The scope of the new contract will be the same as the current one, with an annual traffic compensation of 34.87 million euros. VR Group will have a financial incentive to ensure the contractual performance and quality levels. Part of the compensation may be lost if trains are cancelled for reasons attributable to VR or if the quality of service, such as punctuality, is not maintained within the agreed limits.

The contracted transport is mainly financed by ticket revenues, which accounts for around 68 percent. The Ministry of Transport and Communications reimburses 22 percent of the costs and Helsinki Region Transport 10 percent. This is based on the figures of 2019. Once again, VR Group made an agreement with Helsinki Region Transport on a shared-use contract, which will allow HSL customers to continue to travel on VR’s own commuter trains, as has been the case until now.

“For the first time, the contract now allows for longer-term planning and thus also gives the regions a better basis for planning and transport planning”, says Topi Simola, Director of Passenger Traffic. “The new agreement will give regions a new opportunity to independently acquire more traffic. This is how planning is done in for example the Tampere region.”