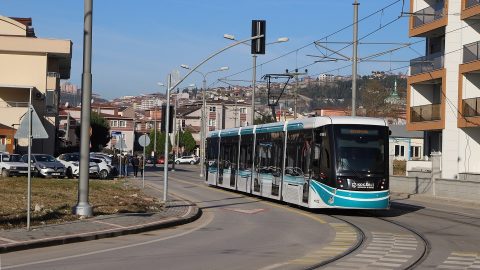 Turkish rolling stock manufacturers of Durmazlar and Bozankaya have obtained major orders in Romania. They will supply over 130 trams to the cities of Bucharest, Iași and Timişoara. This amount is twice as much as the number of vehicles ordered by the Romanian cities from local producers earlier.

Durmazlar obtained the largest contract in Romania. The Turkish company has won the competition with the consortium of CRRC (China) and Astra Vagoane Călători (Romania). As a result, Durmazlar will supply 100 low-floor trams to the capital city of Bucharest. The deal is worth over 180 million euros. Earlier, the Turkish company declared the intention to establish the manufacturing facility in Romania in order to fulfil the order. However, the company did not announce the final decision to this issue.

Bozankaya, another Turkish tram manufacturer, also concluded the supply deal but for much less number of units. This company will produce 16 new low-floor trams for the city of Iași. In this procurement, Bozankaya has overcome Pesa, a well-known rolling stock manufacturer from Poland. The delivery for Iași costs around 30 million euros. It is the second contract for Bozankaya in Romania.

Earlier, the company got the 16-tram order from another Romanian city of Timişoara. The procurement could be increased with an option for an additional 24 trams. According to the specifications, the trams will be able to run on non-electrified routes for a distance of more than 60 kilometres. The initial batch of 16 light rail vehicles costs 33 million euros while the entire order including the option is valued at 80 million euros.

Romanian autorithy is so dump , can’t build own streetcar and oder from Turkey