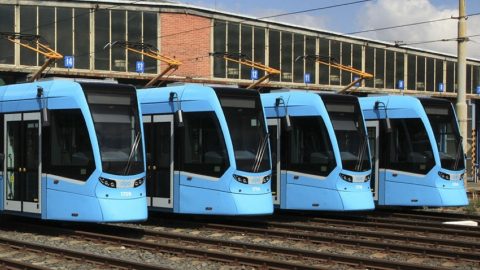 Several cities in Czechia purchase or intend to purchase major batches of low-floor trams. Ostrava has recently received the 40th new tram produced by Stadler Rail. By 2023, 40 more units will be delivered to the city by Škoda Transportation. At the same time, the city of Brno plans to acquire 40 brand new light rail vehicles. Another major Czech city of Plzeň has introduced nine new trams this year and will receive 22 vehicles in the coming years.

Stadler Rail has fulfilled the 40-tram order for the Ostrava Transport Company (Dopravní podnik Ostrava, DPO) in one year and a half. The first two-section vehicle of Tango NF2 type (also known as nOVA) was supplied to Ostrava on 24 April 2018 while the 40th unit arrived at the city on 23 October 2019. All the trams are equipped with air-conditioning and video surveillance systems as well as with Wi-Fi technology. Each tram is able to carry up to 127 passengers, 61 of them seated. DPO entered service the new type in August 2018. Since that time, they ran over 1 million kilometres.

In the coming period, the Ostrava Transport Company intends to add 40 new low-floor trams of ForCity Smart type to its fleet. Each vehicle will be designed to carry up to 172 passengers, 60 of them seated. These trams have been ordered in September 2018 and by 2023 they will be delivered to Ostrava by Czech manufacturer Škoda Transportation. After receiving this batch, DPO will have the youngest tram fleet in Czechia. This will allow the operator to attract more passengers. Currently, 273 trams serve more than half of passenger traffic in Ostrava. In 2018 they carried 49.6 million of 97.6 million customers travelled by the public transport in the city.

Brno, the second-largest city in Czechia, also intends to upgrade its tram fleet. On 21 October the Transport Company of Brno City (Dopravní podnik města Brna, DPMB) has announced the procurement procedure for the purchase of 40 low-floor and high-capacity trams. Each vehicle will be able to carry up to 230 passengers. The bids are accepted until 4 November of this year. According to the tender documentation, the vehicles should be supplied in 2022-2026.

Last year DPMB also ordered 41 low-floor trams of EVO2 type from Aliance TW Team, the consortium of Czech manufacturers Pragoimex, VKV Praha and Krnovské opravny a strojírny. The first two vehicles should be supplied by the year’s end, while the entire order will be performed until the end of 2025. In 2018 Aliance TW Team has completed the delivery of two types of partly low-floor trams: 32 units of VarioLF type (one-section) and 32 units of VarioLF2 type (two-section). Besides them, DPMB purchased 49 low-floor trams of Škoda 13T. They were delivered by another Czech manufacturer Škoda Transportation in 2007 – 2016. The DPMB’s entire fleet includes 317 trams.

Plzeň (Pilsen), the fourth-largest Czech city, also has major plans to renew its tram fleet. Since August to October, Plzeň City Transport Company (Plzeňské městské dopravní podniky, PMDP) has entered service nine light rail vehicles of EVO2 type. The latest unit started to run on the city routes on 25 October. As in the Brno case, the EVO2 trams were delivered by Aliance TW Team. According to the 2018 contract, next year the public transport company will get two ForCity Smart vehicles from Škoda Transportation, the Czech manufacturer based in Plzeň. Other 20 units are expected to be supplied in the following years but no later than 2023. It is worth to add that PMDP operates the tram fleet of 116 vehicles.

Prague, the capital of Czechia with the largest tram network, has over 800 trams. In February of this year, Škoda Transportation completed the 250-tram order concluded in 2005. The Czech manufacturer supplied 250 low-floor trams of ForCity Alfa type also known as Škoda 15T. It is the second-largest type used by Prague Public Transit Company (Dopravní podnik hl. m. Prahy, DPP) after the Tatra T3 high-floor vehicles.

Besides Prague, Brno, Ostrava, Plzeň, there are other three tram networks in Czechia. One system is situated in Olomouc, two others, Liberec – Jablonec nad Nisou and Most – Litvinov, provide both city and intercity transportation. The operators of these networks do not plan to purchase major batches of new rolling stock and prefer to modernise the old fleet or acquire the minor bunches. For instance, Aliance TW Team supplied one new low-floor tram of EVO1 type for the Most – Litvinov network in 2016 and six units of the same type for the Olomouc network in 2018. 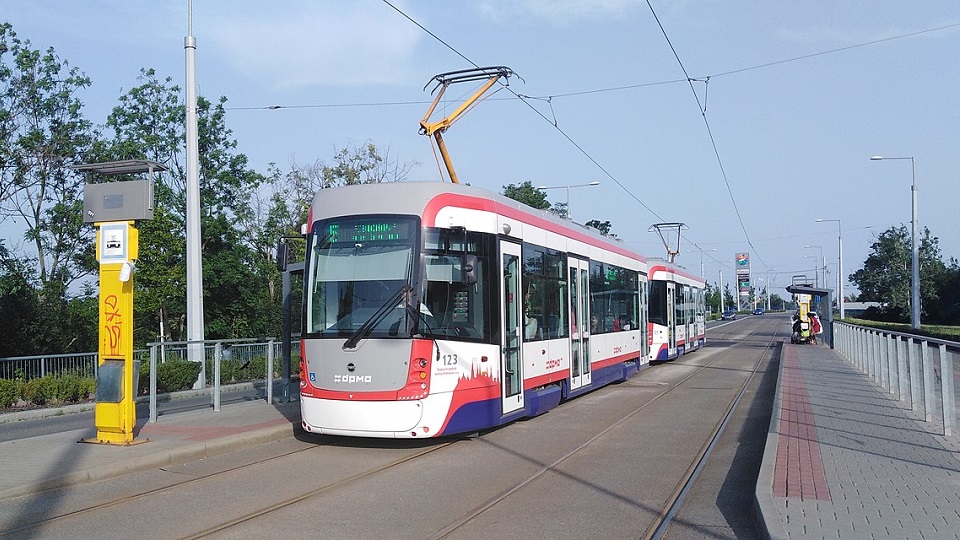