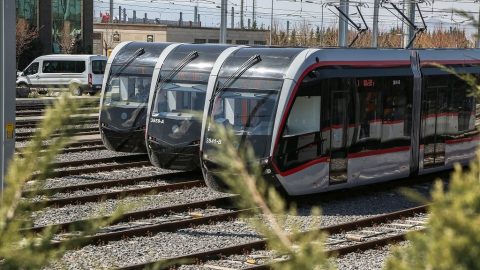 The Romanian city of Timişoara has chosen the Turkish manufacturer Bozankaya as a supplier of new trams. 16 five-section low-floor vehicles cost 33 million Euros, without VAT. They will be delivered in 2021-2023. The deal also includes an option for 24 additional trams valued at 80 million Euros.

Bozankaya, the Ankara-based rolling stock manufacturer, will supply the low-floor trams with 30 metres long and a total capacity for 170 passengers. The vehicles can speed up to 70 kilometres per hour. The Bozankaya trams will be able to run on non-electrified lines for a distance of more than 60 kilometres. This will allow the Timişoara authorities to remove some catenaries in the city core. In 2021, the Romanian city will be the European Capital of Culture.

The tram system was opened in Timişoara in 1869. Currently, the network has a length of around 70 kilometres and consists of eight routes. The Turkish trams will run on Line 1 and 6b. The average age of the light rail vehicles using on the Timişoara network is more than 40 years. Most of the trams serving the city routes were produced between 1962 and 1973. The most popular vehicle running in Timişoara is the type GT4 (Bremen) produced by the German company Hansa Waggonbau. Previously, they were operated in the German city of Bremen.