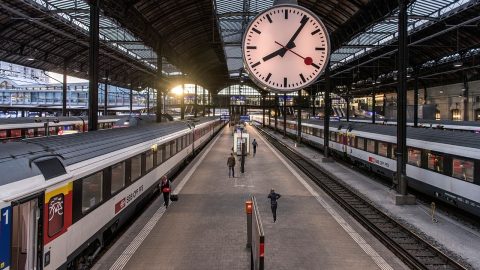 COLUMN – The reputation of international train tickets is not as positive as it should be. International
train tickets are considered expensive and difficult to book. In reality, they can be amazingly cheap, but are a struggle to find.

In September of this year, I travelled from Copenhagen to Amersfoort, the Netherlands for 34,30 euros. This shows it is in fact possible to find affordable international train tickets. Before Covid-19, I took the Eurostar leaving at 17.19 from St. Pancras in London to Amersfoort twice, for 48 euros. A plane between London and Amsterdam at that time of the day would have cost me at least 200 euros. An extra 200 should be added to the costs to get from the centre of London to an airport and the cost of travel from Amsterdam Airport to Amersfoort.

The problem is that many people are not aware of these possibilities or are unable to find the websites where you can find those cheap tickets. People with expertise use the app DB-Navigator or the website of Trainline.

A few recent examples of people I know:

If the railway undertakings manage to solve this issue in a passenger friendly way, the number of international train passengers will double in a short time.

2 comments op “The hassle of booking an international train”

In addition to better access to truely international tickets, ordinary “inland” tickets at inland prices should be available for train that cross border, just until (or starting at) the border crossing.

For the examples given in the article, a “Dutch” ticket should be available not just to the last station Hengelo before the border, but to the actual border (or the fictive border crossing for ticketing purposes). Similar for a DB ticket from there to the first station in Germany or any other.

A further problem is that passengers sometimes have to book two different tickets to obtain reasonable prices, e.g. Amsterdam to Zurich or Milan and another one to Rome. If one train is delayed, the other ticket is not usable any more and you end up paying once again for the same route, at a much higher price level than originally. Not to speak of any “passenger right” compensation for the delay, which is not the issue here.

The overcharging for late booking of rail tickets is the main problem.