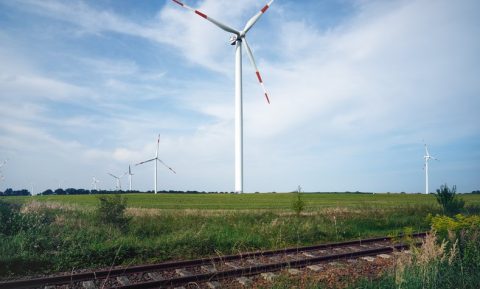 Carbon pricing: what can it mean for rail?

The EU Emissions Trading System (ETS) will be revised as part of a new climate protection package the EU will announce today. The objective is clear: a 55 per cent reduction of EU emissions by 2030.  Ahead of the release, CER describes their views on carbon pricing as a tool for delivering sustainable mobility in a fact sheet.

In transport, all modes should pay for the carbon they generate – whether directly or indirectly – and without exemption. That is the view of CER, the Community of European Railway and Infrastructure Companies. On 14 July, the European Commission will announce a new climate protection package, called ‘Fit for 55’, which is expected to include a revision of the EU Emissions Trading System (ETS). Because rail is one of the greenest modes of transport, when other modes with higher emissions pay more for their pollution, this will create more of a level playing field for rail.

At the moment, ETS does not cover all modes of transport. For aviation, the current scope of the EU ETS covers only flights within the European Economic Area, just one third of aviation CO2 emissions. The current system offers 85 per cent of the allowances free to airlines, which also benefit from an energy tax exemption for kerosene. Road transport fuels are currently out of the scope of the ETS and are subject to fuel taxes at national level. Even on major roads, distance-based charging is only applied to trucks on about 20 per cent of the network.

As a major consumer of electricity, rail pays around 500 million euros per year into the European ETS and fully complies with the polluter-pays principle. Trains increasingly run on renewables, showing the sector’s commitment to sustainability but also the effectiveness of carbon pricing in influencing market behaviour. Today, four out of five trains in Europe run on electricity, with one out of three already coming from renewable sources.

Below, a graph with different modes of transport and their intensity of greenhouse gas (GHG) emissions is shown. For both passenger and goods transport, rail is the most sustainable option. To tackle the greenhouse gas emission gap, the EU climate and energy policy portfolio must include a robust carbon pricing component, says CER.

Emissions trading is the ‘cap-and-trade’ system that guarantees a greenhouse gas emission reduction. A ‘cap’ is set on the total amount of certain greenhouse gases that can be emitted. Within the cap, emissions allowances are then ‘traded’ among polluters as needed. They can be bought at auctions, and at the moment can be received for free up to a certain amount.

In the view of CER, the revenues of the carbon pricing have huge untapped potential. In 2019, 14 billion euros from auctioning ETS allowances was accumulated by the EU. This would be increased to around 50 billion a year if ETS was expanded to all transport modes. In addition, as much as 170 billion comes in through fuel excise duties. However at the moment, less than 5 per cent of revenues are allocated to developing green transport. CER advocates that these revenues are earmarked for green transport. By boosting rail, there will be even more incentive to shift to rail and further reduce emissions. 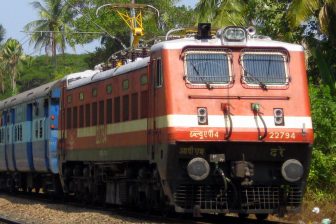