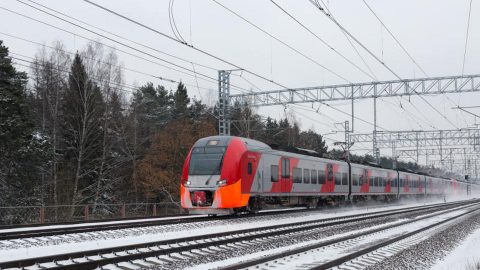 Russian Railways has reduced its energy and fuel costs by 3.4 billion Rubles or circa 45.8 million Euros in 2018. The most efficient methods to implement the policy were the improvement of train traffic management and the use of braking energy.

The energy saving policy of Russian Railways has resulted in the cost cut-outs. In 2018, the state-owned railway company downscaled consumption of the electric energy by 511.5 million kilowatt hours, diesel fuel by 34.8 thousand tonnes, petrol by 800 tonnes, natural gas by 10 million cubic metres, etc. This allows reducing the CO2 emissions by more than 400 thousand tonnes.

According to Russian Railways, the most efficient measure in implementing the energy saving policy was the improvement of train traffic management. Last year, the company was working on reducing the idle time of electric locomotives in a heated state during waiting for work. The measure allowed to lower the energy costs by 1.14 billion Rubles or 15.36 million Euros in 2018. The use of modern and energy efficient locomotives on the main freight routes resulted in a cut-out of more than 1 billion Rubles or around 13.5 million Euros.

The other productive method in energy saving is the use of the regenerative braking energy of the trains. In 2018, the electric locomotives returned 2.6 billion kilowatt hours of electric energy. It means the figure has increased by 8.7 per cent compared to the 2017 data and by 23.4 per cent compared to the 2015 data. The impressive results are shown at the Moscow Central Circle, an urban railway line inside Moscow. The Lastochka passenger trains returned more than 60 per cent of electric energy supplied to the catenary network of the line.