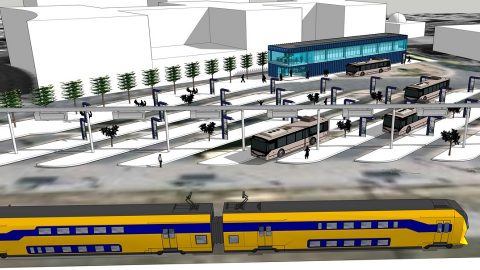 Braking energy can be used to accelerate trains

Dutch firm Hedgehog Applications has developed a unique system to charge electric buses with the braking energy of electric trains. It is currently preparing a pilot project at Apeldoorn railway station. The braking energy can be useful for charging other modes of zero-emission transport, but also for train acceleration, the company’s CEO Arjan Heinen explained. He will present the project during the international RailTech Europe conference in the Jaarbeurs in Utrecht, the Netherlands.

The main feature of the Hedgehog System is the Energy House equipped with batteries and chargers. It stores the braking energy from electric trains and transfers it to the charging points for electric buses. “The possibility to connect the rail infrastructure via the battery of the Hedgehog System to the charging infrastructure for e-buses provides an integral electric public transport chain”, Heinen said. Such integration will have three positive impacts: faster charging of electric buses, public energy grid support and stabilisation, and reduction of fine dust and erosion.

Currently, Hedgehog Applications is negotiating with Apeldoorn authorities to obtain a building permit for the Energy House and to develop the software to monitor the entire system. The project is scheduled to be launched next year. “We will test the system for over half a year before we start to the actual roll-out. The testing will start in the middle of 2020 and has to be ready by  December 2020, when the public transport concession starts”, Heinen clarified.

After launching the pilot project in Apeldoorn, Hedgehog Applications plans to expand its energy-saving system across the Netherlands. “Our mission is to scale it up on our home market. The Netherlands has a high railway density and about 100 intercity train stations. Based on the expectations regarding electric public transport in relation to the potential of braking energy, it is estimated that the Hedgehog System can be installed at 60-65 intercity stations”, the company states in its vision. However, the Netherlands is just the beginning of the project, which can be implemented in other countries and on interstate trains. “Our patent is applicable internationally as well”, Heinen said, hinting at future plans. 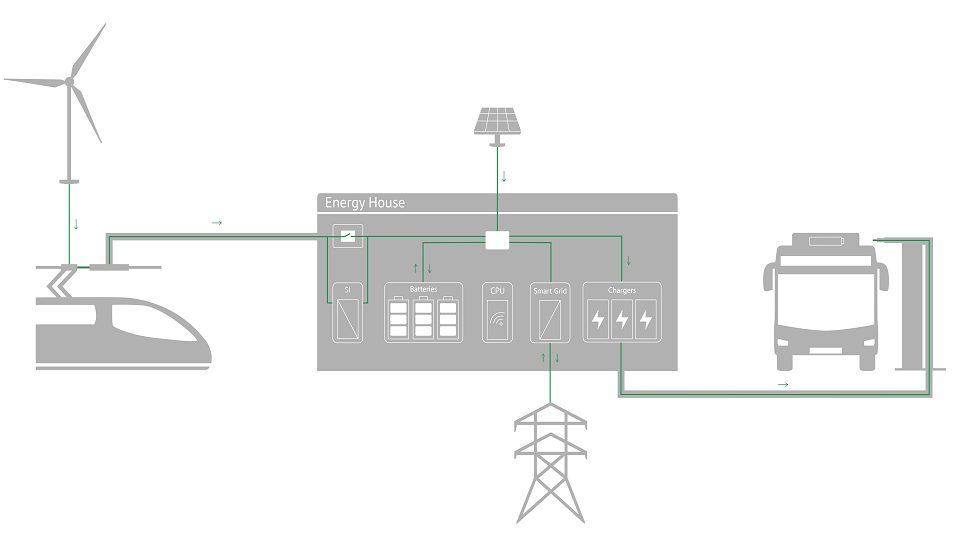 Use of braking energy

Meanwhile, geographic expansion is not the only way for the development of the Hedgehog System. “There are many other markets where the system can be introduced, for example at tram and metro stations. It is even possible to return braking energy back to the overhead lines to increase the voltage and support the acceleration of trains, metros and trams”, the chairman of Hedgehog Applications noted. According to him, the braking energy can be used to charge other types of electric public transport including taxis, scooters and others.

On 27 March, Director of Hedgehog Applications Arjan Heinen will give a presentation about the reuse of regenerative braking energy from trains during the international RailTech Europe conference. The programme of this conference can be found on the website.