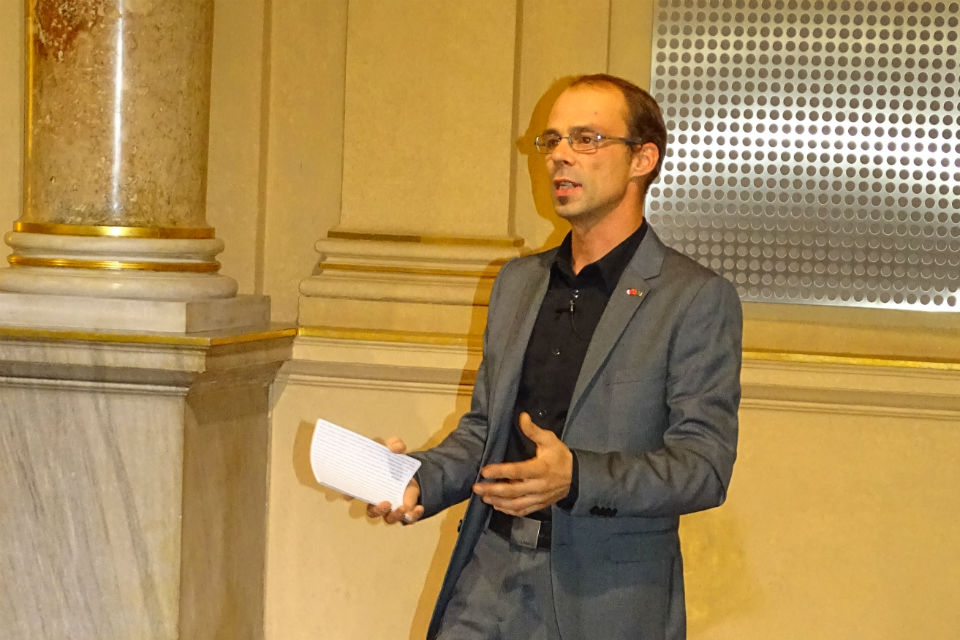 The framework for European rules about Track Access Charges (TACs) changed with the publication of Regulation 2015/909. For the first time, direct cost was described in quite some detail. This Regulation addresses technical parameters such as speed, axle load, and track radius, to be considered in charging schemes. On 4 and 5 April the Track Access Charges Summit 2018 will take place in the Netherlands. Associate professor Stefan Marschnig of the Graz University of Technology did intensive research on the topic and will be the chairman of this conference. He also was chairman of the Track Access Charges 2016 that took place at SBB’s headquarters in Bern.

Where do we stand now with the track access charges?

European Infrastructure Managers came up with new Track Access Charge Scheme for 2018 fulfilling the demands of Directive 34/2012 and Implementing Regulation 2015/909. It seems that direct cost calculation still is kind of magic box comparing the values in different countries.

Additionally, mark-ups are everything else than harmonised. By simply looking at market segments identified by different infrastructure managers, it turns out that the new legal framework did not help to derive more uniform charges in the EU.

What difficulties do you see in the implementation?

Taking as an example the Austrian case, the changes on the charging scheme led immediately to a complaint of a railway undertaking. The Higher Administrative Court has repealed the decision of the regulatory body saying that the scheme is in line with EC-legislation due to formal issues.

Especially in this crucial time of major changes of the charging schemes, that was not helpful in my eyes. Generally, the need to come up with new values brings disbelief, doubt and instability to the IM-RU-interface.

How can this be solved?

There is no doubt that the separation of direct cost and mark-ups in the access charge schemes is an improvement. The new opportunities of modulation provided by the Implementing Regulation form a legal basis for reality-close and system conform direct cost charges implemented e.g., in Switzerland.

Still, there is the need to raise member states’ awareness of the need for wear-based charges in order to create financial margin for vehicle innovation. This innovation is topic of the ongoing European railway research (shift2rail), but will not make it into service if achieved savings are not passed on.

Germany has plans to reduce the track access charges by 50 per cent. Is this in line with European legislation? What does this mean for competition?

The TAC-scheme published by DB Netz shows some 1.3 Euro per train kilometre as direct cost and a mark-up of 1.5 Euro for a standard freight train. Halving the prices would mean removing the mark-ups for freight trains in Germany. That is definitely in line with the legislation and of course would have positive input on the market share.

As DB Netz was committed to achieve full cost recovery (maintenance and operation, not re-investment) until today, German government obviously has plans to re-organise the financing of infrastructure as I cannot imagine that passenger trains should bear even higher mark-ups.

Why should railway experts attend the track access charges summit?

The past three TAC conferences have been characterised by open and fruitful information and discussions. It increases one’s awareness of the importance of the track access charge topic hearing colleagues’ ideas and challenges. The financial flow between railway train operators and infrastructure manager is a major key to achieve technical sustainability and lowest possible system cost consequently.

The Track Access Charges Summit 2018 will take place on 4 and 5 April in the Netherlands. More information about the conference programme and the exact location will follow soon on the conference website: https://www.railtech.com/track-access-charges-summit-2018/