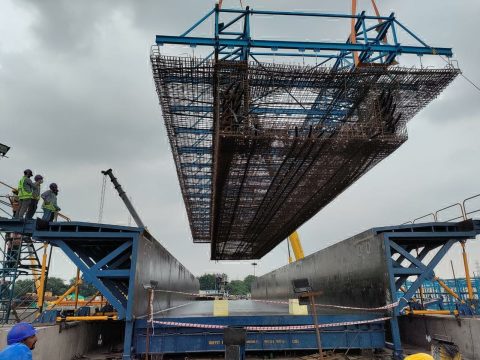 The section awarded under the MAHSR C-5 package by India’s National High Speed Rail Corporation runs through the city of Vadodara, of the stops along the line between Mumbai and Ahmedabad. As such, bridges and viaducts are included in the scope of the contract, which is valued at some more than 300 million dollar. The section is expected to be completed within 49 months.

The MAHSR C-5 contract is L&T’s third package, which combined represent a value of around 4,5 billion dollars. The contractor will build two other sections, measuring 87 and 237 kilometres, respectively.

The MASHR project is aimed at reducing travel time between Mumbai and Ahmedabad, a distance of 508 kilometres, to 1 hour and 58 minutes. In that case, the train only calls at Vadodara and Surat. There will be a total of 12 stations along the line. The service that calls at all 12 takes just under 3 hours.

The trains are modelled after the Japanse bullet trains or Shinkansen trains. They will incorporate the same telecommunication systems. The signalling system, too, will be carried over from the Japanse high-speed network. More than 90 percent of the track will be elevated, which means that 460 kilometres of the total distance will essentially be a viaduct. The line will also feature a 7-kilometre under water tunnel.

Phase one of the MASHR project was scheduled for completion in 2023, but will most likely have to be pushed back due to delays in land acquisitions. 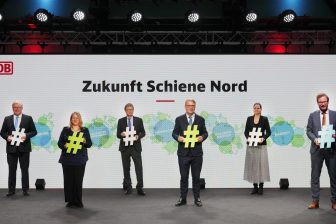