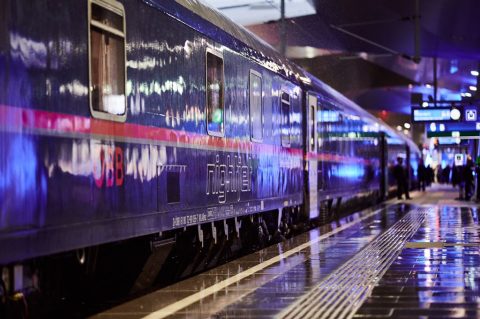 ‘The Trans Europ Express 2.0 will be much broader than the original’

The plan to ‘revive’ the Trans Europ Express was launched at the end of last year by Germany: a network of cross-border trains in Europe by cooperating railway companies. “The network needs to be expanded all over Europe to convince as many passengers to take the train”, says Enak Ferlemann, Germany’s previous Parliamentary State Secretary for Transport and Digital Infrastructure.

What are the developments since the plans of the TEE 2.0 were presented? 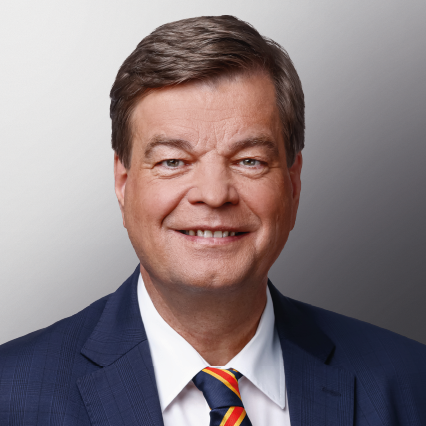 We are working on the Trans Europ Express (TEE) 2.0 concept and its implementation step by step and are pleased about the positive response the concept is receiving. Let me briefly summarize the developments since the end of last year:

We propose to start the discussion about implementing individual lines in working groups states, infrastructure managers and railway companies. Additionally, we participate in the International Rail Passenger Transport (IRP) Platform, where we are discussing the necessary framework conditions to realize the envisaged network together with Member States, the European Commission as well as sector representatives.

Are there plans to further expand with more connections? The original Trans Europ Express network also went to Spain and Italy, for example.

In order to establish rail transport as important pillar of climate-friendly mobility in Europe and in order to convince as many passengers as possible to “hop on board”, the network needs to be expanded all over Europe. The 21 Member States who signed the Letter of Intent in May 2021 agreed upon building a network that reaches e. g. from Lisbon in Portugal and Malaga in Spain to Tallinn in Estonia, from Rome in Italy to Stockholm in Sweden, and from Budapest in Hungary to Amsterdam in the Netherlands. Thereby, the TEE 2.0 network will be much more extensive than the original TEE network.

What are the main differences with the original TEE that ran in Europe until 1995?

One of the main differences stems from the framework conditions that have changed over the years compared to the conditions that encompassed the original TEE. On the one hand, the supply-side changed: The original TEE was established and offered by state-owned railway companies that operated all TEE lines uniformly. Due to the current market-oriented framework conditions, today’s supply side is “more colourful”, more diverse.

Is Germany looking to work together with more train companies to expand the TEE 2.0 network? And can private train operators also be part of it?

We are convinced that the attractive TEE 2.0 network of international day and night passenger services could be operated commercially and that the Member States should facilitate and support the implementation. The concept TEE 2.0 is based on the current market-oriented framework conditions of the Fourth Railway Package. Therefore, it is based on non-discriminatory access to all of its lines.

All interested railway companies are encouraged to participate in the network on a commercial base – experienced operators as well as new entrants. Within the International Rail Passenger Transport (IRP) Platform, we are already working together with numerous railway companies and their associations. Furthermore, we will invite railway companies in order to work together on the implementation of first TEE 2.0 lines.

Will there be an interoperable booking platform which supports booking international journeys offered by TEE 2.0 operators? What is needed for this?

Within the International Rail Passenger Transport (IRP) Platform, it is consensus that customers shall have a simple, reliable and convenient access to information as well as to tickets. One of the platform’s subgroups is focusing on the customer experience. There, topics such as interfaces and data models are addressed and discussed between the participating members of the platform. During the conference in September 2021, Germany declared their interest in an interoperable, customer-friendly platform and the request that members of the sector shall cooperate and share their data.

With the signing of the TEE 2.0, it was said that the parties would request for the European Commission to launch a financial assistance programme to invest in rolling stock that can operate across borders. What is the status of this?

To which planned new connection do you look forward the most personally, and why?

I live and work in Berlin. Therefore, regarding work, I am really looking forward to a better connection between Berlin and Brussels that will be possible based on the TEE 2.0 network and the Deutschlandtakt as well. The envisaged through service and shorter travel time will convince a lot of business people to travel by train.

Thereby, flights between Berlin and Brussels will be substituted by trains which will lead to reduced CO2 emissions. Regarding my free time, I really like the idea of having breakfast at home and exploring the narrow streets of Vieux Lyon in the early afternoon or La Rambla at night. Therefore, I am also looking forward to the connection from Berlin to Malaga via Lyon and Barcelona.