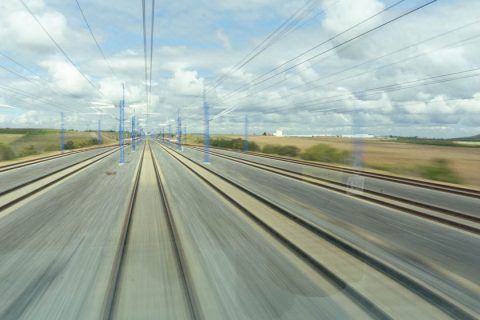 In order to mitigate the effects of the crisis caused by Covid-19 on rail transport, Spain extends the reduced track access charges. This was detailed in one of the amendments to the General State Budgets for 2022.

The track access charges in Spain for 2022 will maintain the same price structure as for the current year, reports El Español. For this year, the minimum access fee for long-distance passenger trains that circulate on high-speed lines was reduced by 23 per cent. It also depends on the route and the number of seats in a train. Together with this addition, in force since 2018, this meant that a 360-seat high-speed train on the Madrid-Barcelona route payed a fee of 7,844 euros in 2021, compared to the 8,954 paid before the pandemic, 12.4 per cent less.

The charges for rail freight traffic remained at 20 cents per train kilometer for lines on the conventional network this year, the same amount as before. This amount is the lowest in Europe, says Adif, and is an effort to try to increase the traffic of goods by rail.

No financial recovery yet

The state budget for next year also includes again a bonus to encourage the growth of rail transport, in accordance with the provisions of a law from 2015 for using the lines that make up the General Interest Railway Network (Law 38/2015, Article 97.6). Adif estimates an annual bonus of 1.8 million euros.

There has been a recovery of rail traffic for example the data for the month of June showed a clear progressive recovery of mobility, with an increase of fee income for Adif with 45 per cent. However, financial information of both Adif and Adif high-speed show that net amount of the combined turnover between January and June of this year was at 440.93 million euros, 2 per cent less than in the same period of 2020.

It is probably the last time that the charges for the use of rail infrastructure are set out in the Spanish state budget. A rail law will be renewed, which is expected to take place in the next year, after a draft was adopted recently. After that, infrastructure manager Adif will decide on the track access charges independently. This is in line with the European directive to make railway managers more independent from the governments.

In the current context of the health crisis caused by Covid-19, railway activity has been sharply reduced. The current track access charges system limits the independence of infrastructure managers to modify amounts in an agile manner and makes it difficult to adopt relief measures similar to those implemented in the European Union, says the Spanish National Commission of Markets and Competition. There is no flexibility to adapt to possible changes that may occur over the course of a year, or it may be linked by situations of budgetary extensions that force the fees to be applied.