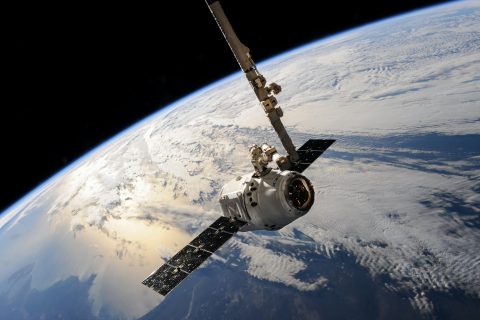 With satellite images you can map damage to the track much faster in the event of flooding, says Auke Blokland, Earth Observation Specialist at IT company CGI. Flooding, such as the recent ones in Belgium, Germany and the Netherlands, are expected to happen more often, and satellites could prove very useful.

The Space Data Services branch of IT company CGI recently mapped the floods in Limburg, the Netherlands, using satellite images. “The great advantage of satellite images is that you can map a large area. In the case of Limburg, it quickly became clear that not only the villages were under water, but also entire tracts of land on the countryside”, said Auke Blokland to Dutch sister title SpoorPro. “Because you can see more at a glance, an emergency service doesn’t have to make a separate inventory by themselves, for example.”

The data is collected by satellites in space. There are countless satellites around Earth, which means that someone like Blokland can choose from different data sets. This data is then sent to Earth to be downloaded. CGI, writes software for the necessary analysis of the data. The information is visualised based on the customer’s wishes. These are by no means always the familiar environmental images, such as on Google Earth. They can also be infrared images, which make it possible to map the soil moisture or the health of trees.

Thermal images to see where point heating is working

Because satellite images provide you with a quick overview, its application in the rail sector is not illogical. “In the event of flooding, you can quickly see whether the track is underwater. This means you don’t have to send someone out to take a look. In addition, you can compare images of before and after a disaster, in order to be able to determine where there may be damage”.

In addition, infrared images make it easier to check the vegetation along the track. For example, it becomes clear exactly where to prune. Because soil moisture can also be monitored, you can get clues where a drought arises. This may be an indicator that there is an increased risk of wildfires in that area. Thermal images make it easier in winter to see where the point heating works and where it does not, Blokland explains.

Finally, according to Blokland, the satellite images can help to better anticipate the risk of subsidence. “By measuring the reflection of an object during a lower period, think of a number of years, you can estimate the movement.”

CGI and the Space Data Services branch are currently working hard to enthuse potential customers. “We have a lot of knowledge and technology in house, but people have to want to use it. It is not very well-known yet what you can do with such data. It is still a relatively unknown phenomenon.”