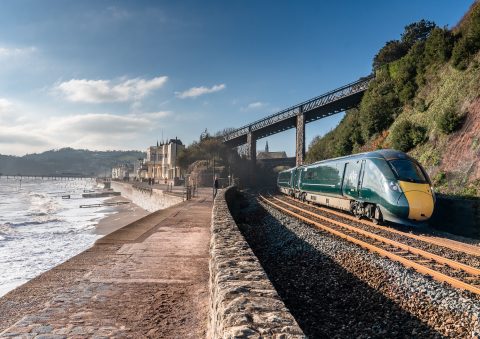 Train builder and maintainer Hitachi and rolling stock company Eversholt Rail, will develop a plan to install batteries on a modern Intercity Express Train on the South West route in the UK. Adding a battery creates an electric-diesel-battery hybrid train (tri-mode). It is the first time a UK intercity train in passenger service will use alternative fuel.

Hitachi Rail and Eversholt Rail have signed an agreement aimed at bringing battery power to the Great Western Railway Intercity Express Trains that carry passengers between Penzance and London. These 36 GWR trains were introduced in August 2018. The partnership aims to demonstrate that the innovation meets passenger service and safety standards.

The line between the South West of the UK and London is only partially electrified, the majority of the 300 mile journey requires diesel power. The partnership is looking at batteries replacing a diesel engine as a power source on an existing five-carriage train built by Hitachi, currently known as a bi-mode for its ability to switch between electric and diesel power.

British train operator Great Western Railway (GWR) is already upgrading it’s fleet to tri-mode trains, and now continues with its intercity trains. This year, at the end of August, the railway operator added the first tri-mode train of Class 769 Flex type to its fleet for an extensive programme of staff training and testing. The operator ordered 19 tri-mode four-carriage trains.

“We are committed to reviewing emerging technologies such as battery power and assessing feasibility for services and rolling stock on the GWR network, says Matthew Golton, Interim Managing Director of GWR. “This is a really exciting development and we look forward to working closely with both Hitachi Rail and Eversholt Rail on this trial.”

On non-electrified sections of the route, the batteries will supplement the power of the engines to reduce fuel usage and carbon emissions by more than 20 percent, according to Hitachi. When driving in and out of stations and surrounding urban areas, the train would rely on battery power only. This has the benefit of improving air quality and reducing noise levels.

GWR’s Intercity Express Train fleet currently encounters 15 non-electrified stations on its journey between Penzance and London, which could benefit from trains being able to run on battery power only.

The ambition is to create a fully electric-battery intercity train that can travel the full journey between London and Penzance before 2040, in line with the UK’s 2050 net zero emissions target. 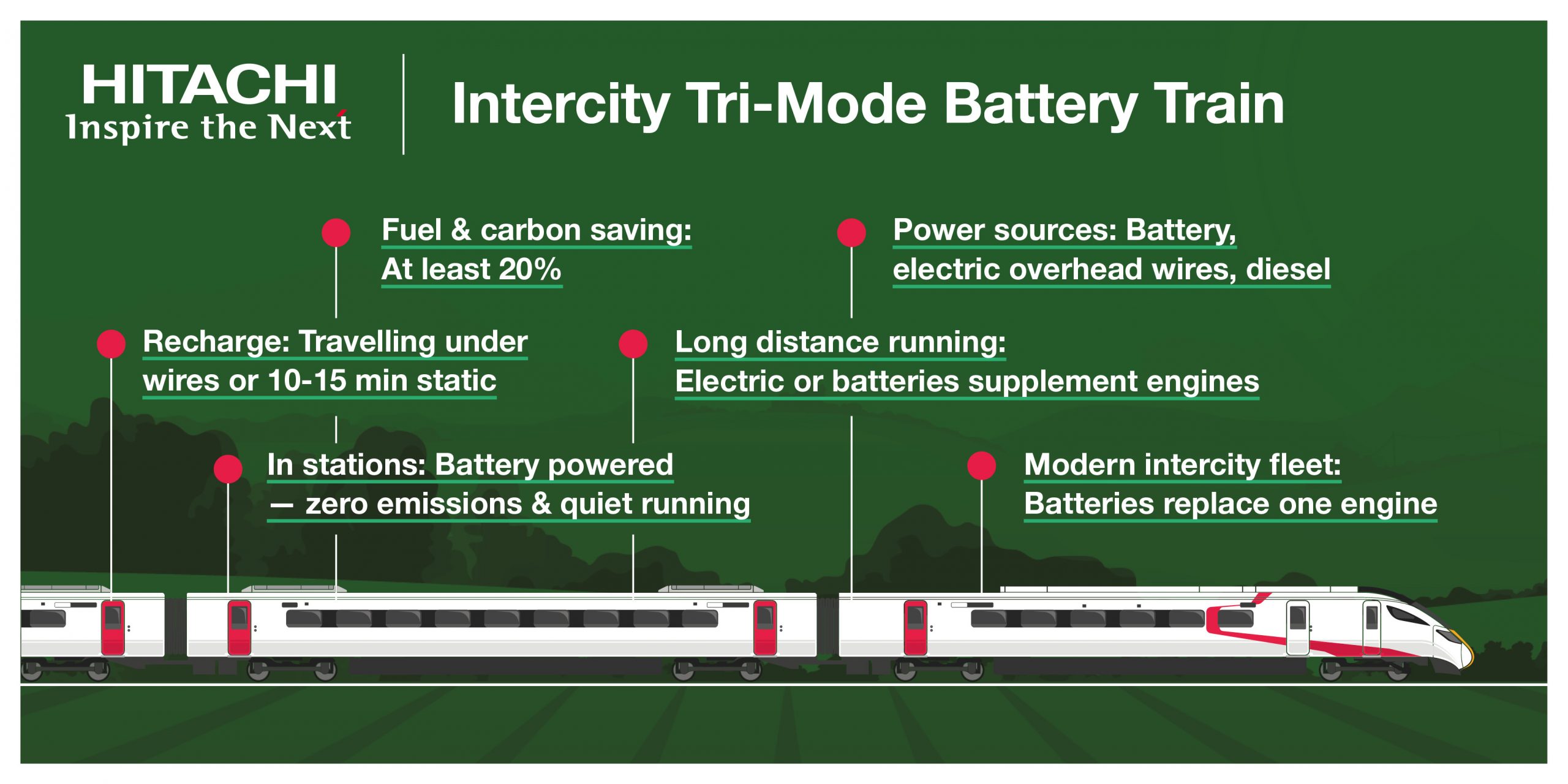 Hitachi Rail will draw upon market-leading expertise in Japan, and the support of its battery partner Hyperdrive Innovation. The two  companies reached an agreement in July 2020 to create and develop battery packs for mass production at Hyperdrive’s HYVE facility in Sunderland, the UK’s first independent battery pack manufacturing facility.