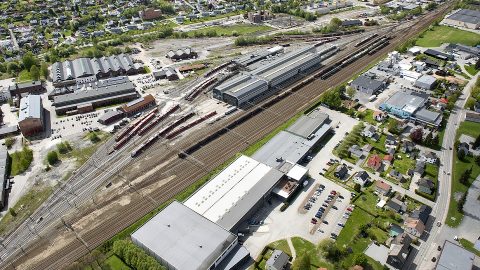 The Norwegian Railway Directorate has unveiled its new strategy for train depots. It suggests the construction of the new parking facilities with fewer slots. At the same time, the existing depots must be used more efficiently. This step will reduce both construction and operation costs of the country’s rail sector and will benefit local communities.

The train depots are being used not only for parking the trains, but for various services such as flushing toilets, filling water, train washing too. According to the Directorate’s new strategy, their capacities will be reduced, especially in eastern Norway. This will simplify the search of locations for the new facilities. “We will occupy a smaller area when we build the new train depot, and we will not have to build more than it is necessary,” said Lars Tangerås, a project director at Bane NOR.

New depots in Drammen and Hamar

The new plan of the Norwegian Railway Directorate (Jernbanedirektoratet) has already affected the facilities which are currently being designed. Among them are the train depots in Drammen and Hamar. Norwegian rail infrastructure manager Bane NOR which is responsible for both projects reduced the number of parking slots in both cases. The Drammen facility will get 25 new slots instead of 36 sites originally planned while the Hamar depot will be expanded with 12 slots instead of 20 sites.

“Like the Railway Directorate, we at Bane NOR have also been concerned about the use of agricultural land, so we are pleased that we have jointly obtained this reduction. We are now working on how large the area reduction can be,” noted Lars Eide, Bane NOR’s manager for the Hamar project. 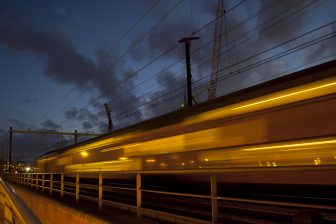