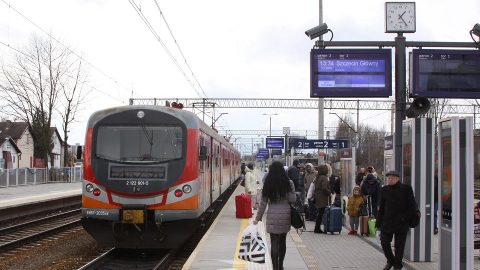 Owing to the new passenger information system, the customers of Polish railway operators will receive clear, quickly updated information about train departures and arrivals. “We want a passenger to receive fast and reliable information about trains. The 181-million-zloty project will provide travellers with comprehensive data at 133 stations and stops,” said Ireneusz Merchel, CEO of PKP PLK.

In addition, the train stations will be equipped with video monitoring that will increase the level of security. It will allow the rail infrastructure manager to detect unusual situations such as running across tracks and react on them immediately. Earlier, such surveillance system has been installed at railway stations of Jelenia Góra and Zielona Góra (in Lower Silesian and Lubusz voivodeships respectively). Also, it is used on the Grodzisk Mazowiecki – Warszawa Włochy commuter line.