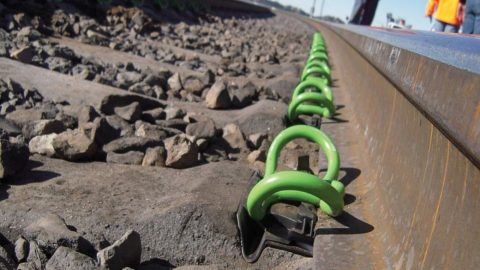 German rail equipment manufacturer Vossloh Fastening Systems, a part of Vossloh Group, has concluded a new deal for supplying the rail fastening systems for high-speed lines in China. The contract is valued at 40 million Euros. The delivery will start this year.

The fastening systems will be installed on the Hangzhou – Taizhou high-speed line, located south of Shanghai. According to the agreement, the main deliveries will be provided from 2020 onwards. “This new order from China continues this trend and underscores again strongly our continued good market positioning in the high-speed segment for fastening systems in the Chinese market. Since the first major order in the fiscal year 2018, the order backlog in the Chinese company of the business unit has more than tripled,” said Andreas Busemann, CEO of Vossloh.

The new deal continues the series of orders obtained by Vossloh in China. In 2018, Vossloh had already received three major orders in China with a cumulated volume of around 85 million Euros. The vast majority of these deliveries will also occur after 2019. The German company concluded the latest fastening deal in China in December 2018. It is worth to note that Vossloh Group is active in China since 2006. The manufacturer owns a local subsidiary – Vossloh Fastening Systems China, based in Kunshan in 60 kilometres from Shanghai.