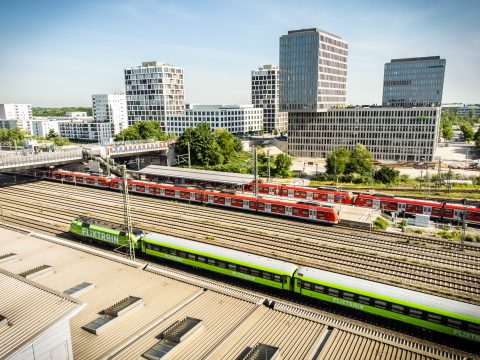 New services for FlixTrain in Germany

With its new winter timetable, FlixTrain is adding 10 new stops to its network from 12 December and almost 20 more destinations will be added to the network next spring. This means that by summer 2022, around 70 German cities will be part of the FlixTrain service.

With the health crisis, FlixTrain had to suspend operations for the second time on 3 November 2020. FlixTrain had announced on 14 April 2021 the gradual resumption of its operations, and on 11 May its intention to operate new routes, in order to double its low-cost mainline services.

From December, the new FlixTrain timetable with 10 new stops and a total of around 100 departures per week will apply. New additions to the network include Bonn, Koblenz and Mainz. In spring, almost 20 more destinations will be added, including Dresden, Kassel, Karlsruhe and Freiburg.

“After we connected all regions of Germany to the FlixTrain network last summer, our main focus was to better connect the stops to each other,” says André Schwämmlein, co-founder and CEO of FlixMobility. The upcoming FlixTrain network offers numerous new direct connections, such as from Munich or Frankfurt to Cologne.

The new FlixTrain connection between Hamburg and Stuttgart will also start in 2022. “We will have around 70 destinations on the FlixTrain network by next summer. This clearly shows that we want to and will help shape the future of train travel in Germany”, Schwämmlein continued.

Since May, FlixTrain has been using former Deutsche Reichsbahn cars for its services, which have been completely renovated by the Talbot company in Aachen. The cooperation with BTE in Nurmeberg ended at the beginning of the year.

The pulling of these trains is also subcontracted to other operators, such as Eisenbahn-Verkerhsgesellschaft based in Ettlingen, IGE in Hersbruck and SVG in Stuttgart.

All FlixTrain trains have a completely redesigned interior with new seats, power sockets at the seat, modernised toilets and Wi-Fi technology including free entertainment services. Furthermore, FlixTrain guarantees every passenger a seat – at no extra charge.

The company is thus setting new standards in train travel and stands for affordable, modern and comfortable mobility. According the company, passengers now travel with a clear conscience, as all FlixTrain trains are powered by 100% green electricity. For a safe journey during Covid-19, FlixTrain has also implemented extensive hygiene measures.

In order to further optimise the service, the company is looking for new ways to offer gastronomic services on board the trains and is launching its first global Call for Innovation.

The company is on the lookout for new creative concepts to provide passengers with food and drinks during their journey. The goal is to offer travellers refreshments, coffee and snacks in a simple, convenient and reliable way that is as environmentally friendly as possible. The mobility provider wants a long-term partner for the implementation of an innovative gastronomic concept.

Flixtrain has great ambitions. The operator already launched trains in Sweden between Stockholm and Gothenburg. There was also the takeover of the legendary Greyhound company in the United States, which enabled the Munich-based company to pull off a masterstroke on the other side of the Atlantic.

FlixBus, where it all started, is increasing its network in Europe by a further 25 per cent for the holidays, in addition of its winter services to 170 German stops. International travel is also possible with more than 270 cities in 22 countries from Germany.

Fitting 100 seats in coaches that used to have 60 cannot be considered as an improvement in comfort, it is just RyanAir on rails.
Cancelling all your services in corona-times is leaving the public transportation issues for DB (= the tax payers) until the period of easily earning money easy has returned.
Running only on important routes on times that you can run a profit is called cherry picking. Leaving the less profitable trains, routes and times to DB.