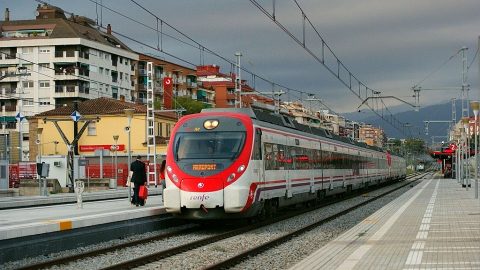 The ordered trains will be used in the southeastern part of Spain. New vehicles will replace the old units of Class 592 and serve the Cercanías commuter lines from Murcia to Alicante and Aguilas. They will be able to speed up to 160 kilometres per hour on the electrified routes and up to 140 kilometres per hour on the non-electrified ones. The order also includes the 15-year maintenance period for 11 trains that will be carried out together with Renfe Fabricacion y Mantenimiento and an option for the acquisition of 29 additional trains. The overall procurement costs 473.9 million Euros.

The Cercanías network is a series of the commuter routes operated by Renfe. This S-Bahn-like service connects big cities with its environs. There are 12 Cercanías systems in Spain. The busiest one is the Cercanías Madrid service with annual traffic of more than 200 million passengers. The longest and most developed network is in Barcelona where this service is known as Rodalies de Catalunya (Rodalies is a Catalan analogue of the Spanish word ‘Cercanías’ that means ‘surroundings’): it has 19 lines with 228 stops and a total length of 615 kilometres.