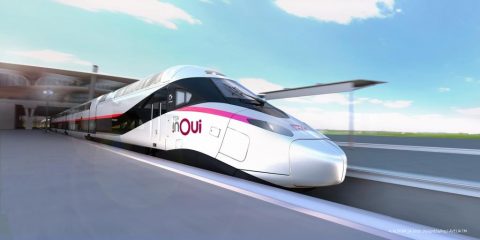 SNCF orders 100 ‘TGV of the Future’ trains from Alstom

SNCF has ordered 100 next-generation Avelia Horizon very high-speed trains from manufacturer Alstom on Tuesday. The order is worth 3 billion Euros. According to SNCF, they are ‘the greenest high-speed trainsets in history’.

These TGVs are cost-efficient. “The challenge facing the SNCF-Alstom team was to design a TGV that would cost 25 million Euros — compared with 30 million Euros for the TGV Duplex — plus 1.66 million Euros per trainset for options that improve both profitability and onboard comfort,” SNCF says. “Mission accomplished as compared with current models, lifetime ownership of the TGV du Futur will cut costs by more than 20 per cent.”

According to SNCF, some 97 per cent of the materials used to make the TGV du Futur are recyclable, and use of more eco-friendly materials means that its carbon footprint is 37 per cent smaller than that of current trainsets. The trainsets are energy efficient and have a low carbon footprint per journey. Thanks to its aerodynamic design and a system that redirects braking energy to the catenary, they consume 20 per cent less energy.

The double-decker version of the next-generation TGV consists of two short-wheelbase power cars, increasing the surface area for passengers and boosting capacity to 740 — about 20 per cent more than current TGV duplexes. The trainsets have large windows. Its modular lighting system adjusts for arrivals and departures, and for morning and evening light.

The new trains feature modular interiors that can be adapted to passenger needs. Coaches can accommodate variable numbers of seats in spaces that can be reconfigured: operators can add luggage racks as desired or convert first-class compartments into second-class seating in just half a day.

Alstom and SNCF have worked with wheelchair users throughout the design process. These passengers can access seating and move around the train independently thanks to a rotating and lifting platform. Toilets have also been redesigned.

The new-generation TGV was developed jointly by SNCF and Alstom. The companies have been working together since 2016. The trainsets are ‘a key asset’ in the new market that will emerge as cross-border barriers to rail operations in Europe fall and the track is opened up to competition. SNCF says it hopes to win back customers, boost productivity and control production bosts with the order of the new trains. 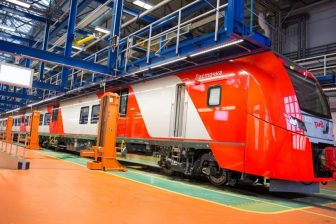 51 trains in Russia got computer vision 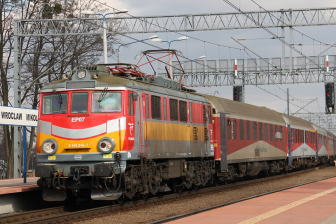 LNG for passenger transportation on rails?