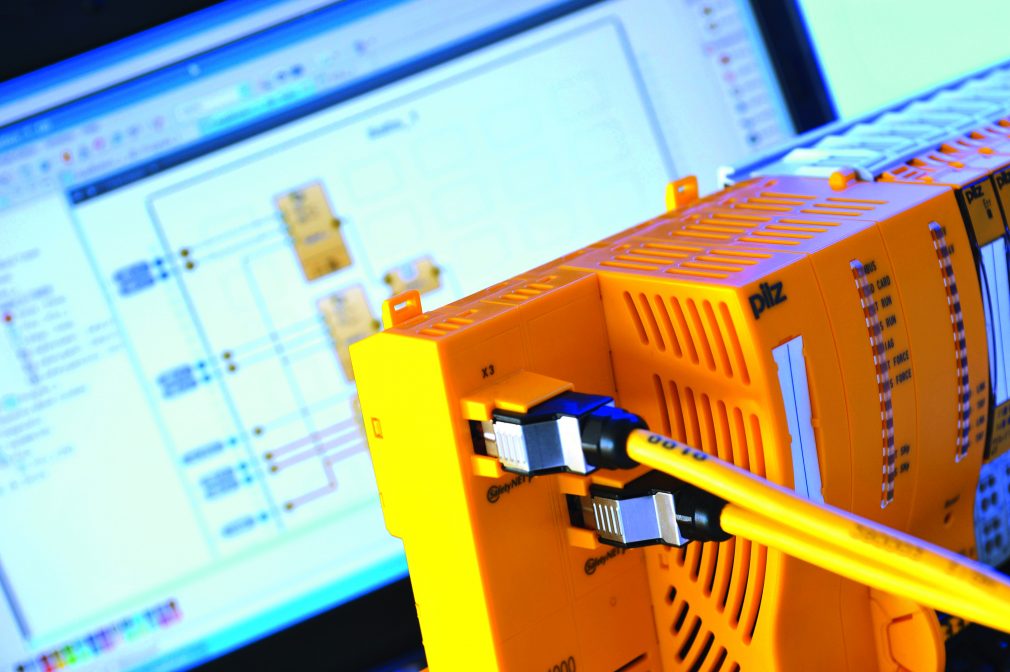 Technological change in the control box

As railway control systems get older, failures and breakdowns start to accumulate. The industry-proven SIL 4-capable automation system PSS 4000 is replacing obsolete electronic boards on the underground intersection of three metro lines in the centre of Antwerp. Since then, operation of the metro around Centraal Station has been more reliable.

Immediately below the city of Antwerp, three metro lines meet in the triangle formed by the stations Astrid, Opera and Diamant. In the process, two lines are transferred into one section of track at each of the three stations. Control and monitoring systems ensure that only one train can enter the station at a time. In the past at these points disruptions to operation increased. “The circuit boards and its electromagnetic components have been in service for more than 35 years; it’s becoming increasingly difficult to purchase the appropriate spare parts. At the same time, those members of staff who are familiar with this technology are retiring”, says Guido Maesschalck, Electronic Engineer at De Lijn, local public transport operator in greater Antwerp.

Hub of modern automation
Clearly there was an urgent need for action: what was needed was a modern, software-based solution to replace the functionality of the ageing control and monitoring technology. There was also an initial requirement to leave the whole electrotechnical infrastructure around the points and control cabinets untouched. The revamp process was to be modular and gradual, with the final changeover at the three hubs happening almost overnight. The company Pilz, who is an exhibitor at RailTech Europe 2017, came into the picture due to recommendations from the railway sector. “Following an initial reference project we were positive that with Pilz we had found the right partner for modernising the control and safety-related technology on this sensitive triangle”, says Guido Maesschalck.

Certified automation system for rail operation
A central component in the new control and safety solution is the automation system PSS 4000. Pilz developed the industry-proven automation system to meet the particular requirements of rail transport: these special modules have an -R (“Railway”) in the type description and are robust against electromagnetic interference, extreme temperatures and the mechanical loads that typically occur in a railway environment. The -R modules in the automation system PSS 4000 have CENELEC approvals in accordance with EN 50126, EN 50128, EN 50129 and EN 50155. PSS 4000-R already has railway-specific safety approvals as a product feature. The modules can be used in various applications within the railway industry with different safety integrity levels. These include control functions on track building machinery and traction units, as well as control or monitoring functions in the signalling area, such as signal monitoring on level crossings, control and safety technology or signal box connection for example. The automation system is SIL 4-capable across the whole application.

Safe, one train at a time
Put simply, the task of the Pilz automation system PSS 4000 on the three hubs is to guarantee orderly, safe and efficient operational workflows. More reliably, powerfully and efficiently than the technology. On the three identical track junctions, the new software-based automation solution ensures that only one train driver at a time is granted free access to the station. Should there still be a train in the station, the signals on both tracks will be red. If two trains arrive almost simultaneously, the automation system decides which train has priority in accordance with a specified mode. PSS 4000 controls and monitors not only the point setting and light signals but also the sensors and detectors attached to the track bed. These are responsible for the minimum distance between two trains. The PSS 4000 also detects cable breaks and the failure or malfunction of signal lamps and distance sensors, taking the appropriate safety-related measures.

The electrotechnical periphery is unchanged
To summarise, the automation system PSS 4000 demonstrates several advantages when gradually modernising railway control and monitoring infrastructure in rail operations. The measures can be implemented piecemeal, in stages. All the electronic periphery, consisting of signal, control and alarm technology as well as the control cabinet cabling, remains untouched. So the automation system PSS 4000 also performs an interface function between the old control boxes. The modular technology is highly standardised; individual adjustments to specific tasks can easily be made.

Once the modules have been tested successfully in offline mode, the system is quickly ready for use: the software platform PAS4000 from Pilz is available to create, configure and set parameters for safety-related applications and to download them to the control system.