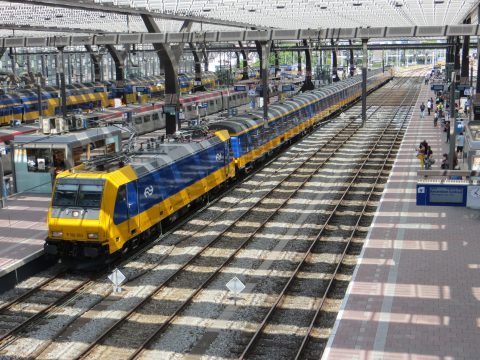 There is a good chance that in the Netherlands, long-distance cross-border train connections that are part of the main rail network concession would also be established in open access. Open access would be a modest first step towards international connections of better quality and higher frequencies, appears from a market study.

The positive effects of open access are limited, according to the long-awaited ‘Market survey of international connections in open access’ commissioned by the Dutch Ministry of Infrastructure and Water Management. The results of this study will be used in deciding which international train connections will be part of the new concession of the main rail net as from 2025.

Berenschot, TÜV Rheinland and Arcadis consulted with rail operators to find out whether they see opportunities to offer international train services to and from the Netherlands through open access. Points of attention and preconditions for this have also been mapped out.

No new offer yet

Both current and potential providers appear to be interested in the market for international (medium) long-distance connections to and from the Netherlands. This concerns connections in the high-speed/ICE segment (to London, Paris and Frankfurt) and in the IC segment (to Brussels and Berlin). However, although more attractive offers may emerge over time as a result of competition, new offers are not expected to be large initially.

The researchers attribute this to the challenges of establishing cross-border connections, combined with the strong starting position of existing providers. Bottlenecks include the availability of rolling stock, infrastructure constraints and the availability of through and non-through tickets and fares.

For the connections from the Netherlands to Brussels and Berlin, there is even a risk of deteriorating quality in open access, says the market survey. This is due to the strong connection with the domestic timetable. The current main rail net concession can be used to manage the optimal quality of domestic trains on these routes, in terms of frequency, punctuality and seating capacity. This will be less the case with open access to the track.

At the same time, talks with Dutch Railways NS and its partners have made it insufficiently clear what the added value would be for the international traveller of including the entire range of cross-border intercity and high-speed connections in the concession, as is currently the case. They are expected to make every effort to retain their market position. “This normally leads to the conclusion that, even if the international connections are not part of an main rail net concession, a very large part of the current offer will be maintained or even expanded”, the researchers say.

No interest in regional connections

Not a single market party has shown interest in the short cross-border connections (Maastricht-Liège and Roosendaal-Antwerp). Almost all of these connections are characterised as structurally loss-making sprinter connections. Regional transporters, on the other hand, do see opportunities in open access to extend existing connections to alternative destinations on an incidental basis, for instance at the weekend or in certain seasons.

With regard to night trains, the entry barriers and risks are lower than for regular international connections. However, the specific nature of these connections creates operational challenges in the Dutch context, such as scarcity of stabling capacity and requirements regarding axle loads. Finally, routes of more than 700 kilometres are not expected to be used on a large scale within the foreseeable future. Because of corona, transport companies first want to focus on restoring their core connections and developing additional services on the most promising routes.

According to the researchers, open access to cross-border connections can therefore be a modest first step towards improved quality and quantity. However, an actual structural improvement of the international offer is linked to the lowering of thresholds and risks for potential transporters. For this purpose, twelve points of attention and preconditions have been outlined, which vary considerably in terms of required investments and lead times.

The most important condition is offering sufficient long-term certainty about being able to offer services as optimally as possible, given the tight capacity on the Dutch railways. But it also addresses, for example, allowing higher axle loads due to the low availability of affordable rolling stock. Other points for attention include space on sidings, clearer ambitions for infrastructure towards the east, guarantees for equipment financing and the availability of through tickets and fares.

Next year, the new Dutch cabinet will take a decision on the market regulation of international train connections. The results of this market study will form the building blocks for this. The decision is linked to that of the schedule of requirements for the new main rail net concession, which is expected in the summer of 2022.

The right to open access for the provision of domestic passenger transport is a consequence of the European Commission’s Fourth Railway Package. The opening of the rail market can lead to the provision of cross-border connections becoming attractive, as domestic passengers can also be transported. This in turn can contribute to better quality and higher frequency at competitive prices.