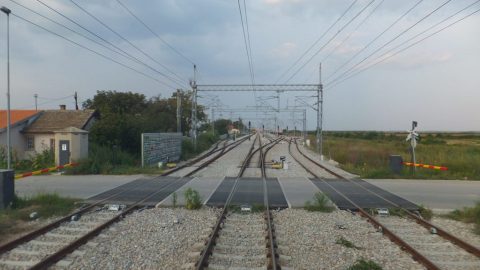 Lowest number of accidents at level crossings in Serbia

Only 41 accidents have occurred at level crossings in Serbia during 2019. It is the lowest number for the country since 2001. This figure is a result of intensive investments in rail infrastructure allocated in recent years. The local rail infrastructure manager Infrastruktura železnice Srbije will continue this policy in the future.

Currently, the situation looks quite different: there were only 41 accidents recorded in Serbia with 2 people killed and 17 people injured. Within the past two decades, safety at Serbian level crossings has increased almost three times if to compare the results of 2001 and 2019.

According to Infrastruktura železnice Srbije, the key to success is in intensive investments in the modernisation of the tracks, installation of new signalling, barriers, sound and light warning, especially in recent years. The Serbian rail infrastructure manager funds these works from their own and external sources including loans and donations. This year it plans to move further with this policy. To this end, the World Bank will allocate 13 million US dollars (12 million euros) to Serbia while the European Bank for Reconstruction and Development (EBRD) will provide 8 million euros during the current year.