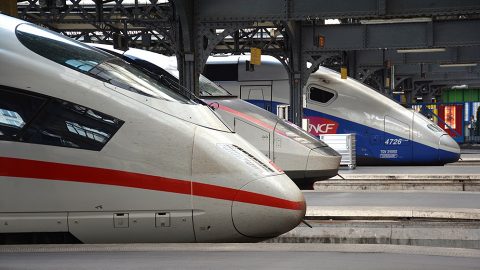 The further spread of coronavirus in Europe force the governments to take more measures including the closure of borders. This directly impacts on the railway operators that are suspending their international trains. It is a temporary action that could be extended or cancelled depending on future developments.

The past three days, from 13 to 15 March, were crucial for the European governments. It has become clear that the coronavirus is spreading more and more across Europe. By Thursday, 12 March, the international train traffic has almost been closed from and to Italy. On Friday, 13 March, a new stage started when Czechia and Slovakia imposed the restrictions for international train traffic. This decision had an impact on both direct trains running from Czechia or Slovakia to the neighbouring countries as well as on the transit trains such as those from Hungary to Poland or Germany.

This weekend was really hot for the European countries in terms of implementing the traffic restrictions. In the late evening of Friday, 13 March, Prime Minister of Poland Mateusz Morawiecki declared the emergency measures in his country. As a result, the Polish borders have been closed for the international air and railway traffic starting from Sunday, 15 March. Polish long-distance operator PKP Intercity and its counterparts in the neighbouring states suspended all the cross-border trains from/to the country. This limitation also forced Russian Railways (RZD) to cancel its transit trains from Moscow to Berlin and Paris that run via Poland.

The similar step was put into effect by Lithuania and Latvia. Since Sunday these countries broke off the international trains to Belarus, Russia and Ukraine. In the case of Lithuania, this country keeps the only international railway connection. It is the transit trains that link mainland Russia and its enclave of Kaliningrad. They run via Lithuania without stopping on its territory (earlier they had three stops in Lithuania).

With the beginning of a new week, this trend is ongoing. Starting from today’s midnight, the government of Slovenia has suspended all the train and bus traffic in the country. In contrast to this, Romania has stopped several regional cross-border trains to neighbouring Hungary including the connection from Oradea to Biharkeresztes.

The above-mentioned restrictions are concerned mostly Central Eastern and Southern European countries. At the same time, the international train traffic is still in operation in Western and Northern European states. The only exception is Denmark that imposed some restrictions for international trains. Nevertheless, the railway operators have introduced special fares for the customers if they wish to cancel or rebook their trips. Thus, the Finnish company VR Group plans to update its rebooking policy in order to provide more flexibility to the passengers.

Eurostar, an operator of the cross-border high-speed trains, has introduced a special eVoucher. They allow passengers to reschedule their trips. “If you are due to commence your outbound Eurostar journey between Friday 13 March and Tuesday 7 April 2020, we will be pleased to offer you an eVoucher equivalent to the full value of your current Eurostar train or Eurostar package (train + hotel) booking. This eVoucher may be used online for a new booking to be made by 30th June 2020, for travel up to 12th December 2020 subject to availability,” the company stated.