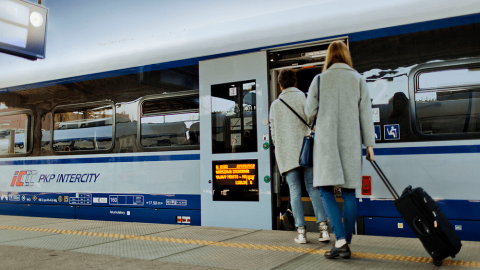 How European railways react to coronavirus

While European airlines cancel their flights to Italy and other countries, railway operators try to keep up the work as normal as possible. However, the international train traffic to and from Italy has been suspended. At the same time, European railway operators have to take some other measures in order to provide safe trips for their passengers.

All the attention of Europe is focused on Italy. More and more infection cases of coronavirus are being confirmed in this country. As of today, Italy has over 12,400 infected people, over 800 of them have died. It is the largest number in Europe and the second-largest one in the world after China where the infection had started. Such a sad statistic is forcing the neighbouring countries to restrict the transport connections to and from this country. At the beginning of the week, several major airlines have cancelled or declared their intention to cancel flights to and from Italy in the coming weeks. Railway operators are also forced to react to the virus in a similar manner.

Initially, train companies had imposed some restrictions for their staff on the cross-border trains to Italy in late February. French company SNCF and Austrian operator ÖBB were getting off their conductors before crossing the Italian border. On the further sections of the train routes, they have been replacing by Italian personnel. However, the growing number of infected people in Italy forced the railway companies to implement other measures (see below). In addition, some of the operators decided to take care of their staff by strengthening their immunity. Czech company České dráhy acquired vitamins for its staff.

The next step is the cancellation of train traffic. Trenitalia, as the key railway operator in Italy, started to reduce train traffic inside the country already in February. It advises passengers to monitor the information about the cancellations at its website and at the stations. At the same time, the railway companies from the neighbouring states started to suspend their train connections to Italy for some period but they were forced to prolong the bans.

Initially, Austrian national railway company ÖBB suspended its night trains to Italy. Afterwards, it cancelled the daytime connections too. This week was crucial to the international trains to/from Italy. On Tuesday, 10 March, Swiss company SBB and Italian counterpart Thello, a subsidiary of Trenitalia, stopped its cross-border operations. On Wednesday, 11 March, Trenitalia cancelled its train from Trieste to Ljubljana, the capital of neighbouring Slovenia. Deutsche Bahn also suspended its trains to Italy.

The operators declared that the trains have been suspended for several weeks, at least until the beginning of April. Further restrictions or traffic restoration will depend on the virus spread. It is worth to note that the freight trains still run between Italy and its neighbouring countries.

Besides the traffic restrictions, railway operators take other measures. They recommend their passengers to be more careful when travelling a train and advise them to avoid journeys if they sick. Moreover, the companies install information posters inside the trains and at the stations in order to inform customers on the symptoms of the disease and call the passengers to avoid handshakes, to wear the face masks, to use disinfectants and soaps, etc. According to Deutsche Bahn (DB), the consumption of soap and disinfectants in trains has increased by 20 per cent. The German company forecasts that this figure continues to grow. To this end, it purchases more and more disinfectants. The others do the same.

Poland has imposed temperature monitoring of passengers on international trains. The measure has been put into operation this week. The employees of PKP Intercity together with the officers of Railway Security Guard are measuring the temperature of passengers entering the country on the international trains and collecting data on them. To this end, the company calls the customers to fill the special ‘Passenger Form’. It was developed by the country’s Ministry of Health in order to get more information if the infected people will be confirmed during or after a train trip. These forms are available at the railway stations and in the trains as well as they can be downloaded via the link.

The other measure is the disinfection of the trains. Due to coronavirus, the railway operators had to enforce and intensify this. Deutsche Bahn is gradually reducing the time intervals between the cleaning its long-distance trains from four to two hours. To this end, DB will hire additional employees in the coming weeks. České dráhy has also intensified train cleaning. This week, the Czech company started to provide ozone disinfection of its trains that depart to Austria from the depot in České Budějovice. Slovak national operator ZSSK also us ozone disinfection for its long-distance trains. It also started to clean this type of trains three times a day. Arriva vlaky, the Czech subsidiary of Arriva Group that is responsible for train operations in Czechia and Slovakia, also intensified the cleaning of its trains. Therefore, it warns passengers about possible delays.