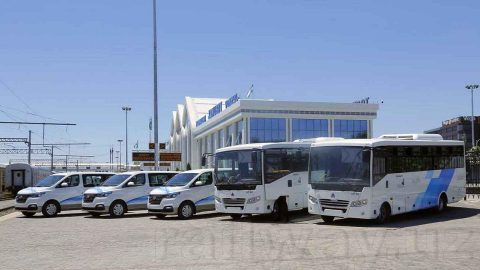 The Uzbek national rail company has acquired three buses – one Mercedes-Benz Tourisme for 51 seats, two Isuzu HD 50 for 30 seats each – and three Hyundai X-1 minibuses for 11 seats each.  The passengers will allow booking these vehicles for transferring or touring in Tashkent and the nearby region. By the year’s end, Uzbekistan Railways intends to purchase another 10 buses.

Since 2011, Uzbekistan Railways is providing to its passengers the high-speed train service. The high-speed vehicles run at a speed of 160-200 kilometres per hour and even 230 kilometres per hour on the Jizzakh – Yangiyer section. There are two high-speed lines: both of them start from Tashkent and going to Samarqand via Jizzakh, afterwards the route is divided into two branches – one runs to Bukhara via Navoiy, another – to Kitab via Karshi.

The high-speed routes in Uzbekistan are served by the Afrosiyób trains, manufactured by Spanish company Talgo on the basis of the Talgo 250 units. Uzbekistan Railways operates four Afrosiyób trainsets, two of them are the nine-car, two another are the eleven-car. This year the rail company has ordered two more high-speed trains. 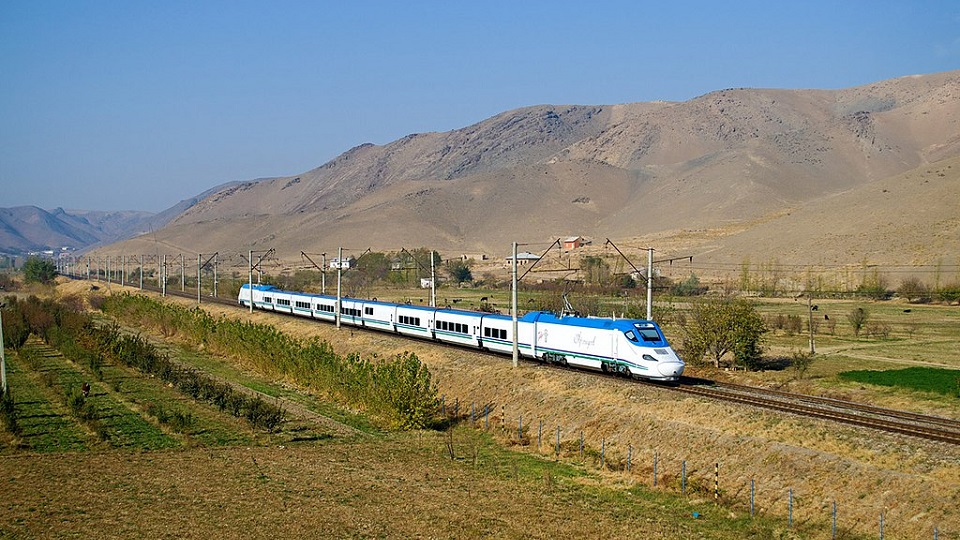