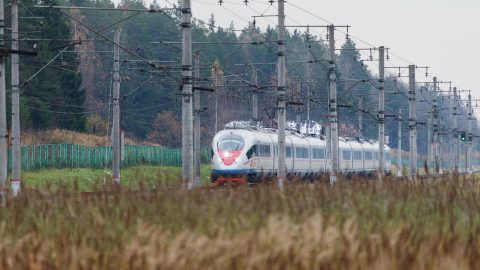 German technology company Siemens Mobility will invest in the construction of the Ural high-speed railway in Russia. The 220-kilometre double-track line will connect two large industrial cities of Chelyabinsk and Yekaterinburg. The high-speed railway will be launched in 2025.

The German company agreed to participate in the project and fund the construction. The Russian Direct Investment Fund, a state-owned financial institution, and Siemens Mobility, as a leader of a German Initiative consortium (Deutsche Bank, Deutsche Bahn and other companies), has signed an agreement on joint implementation of the project. The document was signed at the Munich Security Conference that took place on 15-17 February.

The Ural high-speed railway is one of three projects (together with the Moscow-Kazan and Moscow-St.Petersburg routes) that is actively discussed by the governmental officials in order to implement high-speed rail traffic in Russia. Its construction is expected to start in 2021. The line will have a speed of 300 kilometres per hour. It allows trains to run the distance between Chelyabinsk and Yekaterinburg in 1 hour 10 minutes (the current average travel time is 5 hours). The route will also have four stops at Koltsovo airport (Yekaterinburg), Sysert, Snezhinsk, Balandino airport (Chelyabinsk).