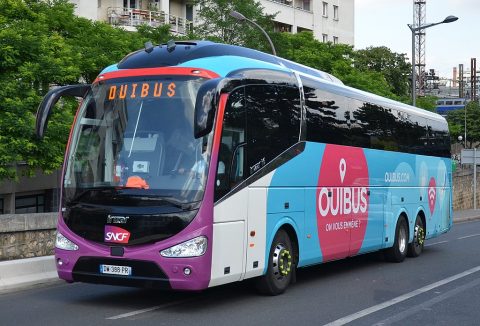 SNCF to sell its bus subsidiary to BlaBlaCar

French national railway company SNCF is planning to sell its bus subsidiary Ouibus for 101 million Euros. The France-based online carpooling startup BlaBlaCar is most likely to become the new owner, intending to launch its own bus service.

The deal allows BlaBlaCar to enter the market by launching its own bus service. The company has already tested  the combined service during six last months on the several popular routes in Western Europe and it believes that the consolidation of two companies will improve the people’s mobility.

“We are excited to be considered joining forces with the Ouibus team. It will enable travellers to find diverse mobility solutions on BlaBlaCar, suiting their range of needs. This project supports our ambition to grow a broad mobility offer across Europe, combining cars and buses. The collaboration with SNCF will also be a promising turning point in the development of intermodal and door-to-door mobility, a common ambition which we are uniquely positioned to deliver together”, said co-founder and CEO of BlaBlaCar Nicolas Brusson.

The future of the railway bus service

Ouibus was established in 2012 as iDBUS and rebranded in 2015. During the last three years, the company’s buses carried over 12 million passengers. SNCF intends to cooperate with Ouibus and BlaBlaCar after the sale. “We are convinced that to offer more trains, we need to offer more than trains. We need to be able to offer our travellers the possibility to go from departure point to destination, by combining sustainable modes of transport with a railway backbone. This joint project aims to make our customers’ journeys easier, and reduce the single occupancy of cars on the road”, added CEO of the French railway company Guillaume Pepy.

Meanwhile, the SNCF’s decision may cause the discussion about the future of bus operations provided by railway companies. The bus service is a good feeder connection to the closest railway station. For instance, Deutsche Bahn offers to its customers the IC Bus service, Austrian ÖBB – ÖBB Intercitybus and Postbus, etc. Several open access railway operators enter new markets by launching bus routes adjusted to their train schedule. Thus, Czech private companies Leo Express and RegioJet started its operations in Ukraine with a bus services to the closest Slovak railway station in Košice.