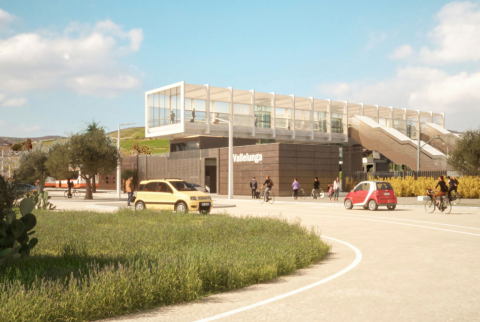 RFI puts out tender for fresh section of Sicily railway

Italian railway manager Rete Ferroviaria Italiana (RFI) has launched a tender for the construction of a new section of the Palermo – Catania – Messina route on the island of Sicily. The package carries a value of 1.7 billion euros, of which 470 million euros will be financed by Italy’s National Recovery and Resilience fund.

Once completed, the new line will ensure a reduced of travel time between Palermo and Catania to under 2 hours, RFI says. The new tender calls for the construction of the 47-kilometre section between Caltanissetta Xirbi and Lercara as a variant to the current line. It will consist of 10 kilometres of viaducts and 8 tunnels for a total of 21 kilometres. The tender also includes the construction of stations in Vallelunga, Marcatobianco, Marianopoli and San Cataldo.

Last month, RFI awarded the 616-million-euro tender for the Enna-Dittaino section of the Palermo-Catania-Messina line to a consortium headed by the Webuild group and Impresa Pizzarotti. The section of railway is called ‘Lot 4b’ and has a total length of 15 kilometres. Despite the relatively short length, the construction effort calls for 3 tunnels for a total length of 8,5 kilometres, and 5 viaducts for a combined length of 2 kilometres.

The Palermo – Catania – Messina route is included in the international Scandinavia – Mediterranean Corridor, and has been identified as a national priority of the Trans European Network (TEN-T). The design approach chosen is that of high-speed ​​and high capacity, with the main objective speeding up of the current line with an electrified double track connection that allows trains to reach a maximum speed of 250 kilometres per hour. A frequency of up to 180 to 200 trains a day should be possible. It should also boost the increase of goods transport via rail in Sicily.

Interesting indeed!
Further details about technique should be valuable –
at transit zones…- and in tunnels, etc., etc.?