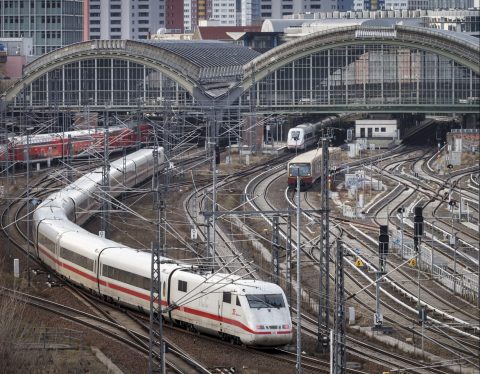 Germany wants to increase the number of passengers and the freight volume via rail by at least 25 percent in the current decade. To that end, the government identified 181 infrastructure projects and measures in August of last year. They include a major new connection between Dortmund and Berlin, an overhaul of the transport network in and around Hamburg and Stuttgart, as well as a new tunnel in Frankfurt. The Deutschlandtakt is valued at some 40 billion euros.

At the time of the announcement, then-Transport minister Andreas Scheuer said the projects were ready for the planning stage. Almost one year on, little has happened, Allianz pro Schiene claims in a press release on Friday. “Not a single project has been specified by the ministry in such a way that implementation can begin,” board member Hans Leister says.

The association fears that the lack of progress might put the stated goal of more passengers and freight via rail in jeopardy. “What we finally need from the Federal Minister of Transport are reliable plans and schedules. Before the summer break, minister Wissing has to ensure that the overdue commitment is made to the Deutschlandtakt, otherwise the doubling of passenger numbers on rail will not come to fruition.”

After shift to “On Time” supplies, indeed the Old Railway need a shift, a decisive, sustainable upgrading! (Global modes, by air and by sea, all add load capacity, simply for lower costs, even the on road does…)
For reduced charges, for added utilisation, capacity and quality at existing infrastructure need upgrading!
(Vitals, suspensions, axial and wheels broken, a currently costly maintenance, tell about a standard not timely. 32,5 ton axial load now is the min, safely to be provided for!)