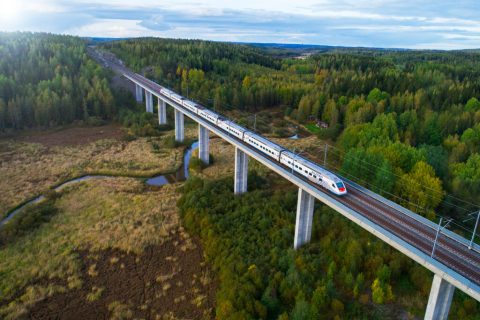 Finnish operator VR Group has suspended all passenger and freight trains to Russia. On Sunday, the last Allegro train from St Petersburg to Helsinki left the station.

Since the Russian invasion of Ukraine, the trains from St Petersburg have regularly been full of Russians and Finns alike wanting to leave Russia. Twice a day in the past month, a train has left Russia’s second city for Helsinki. The two cities are about 400 kilometres apart, a train journey of about 3.5 hours.

“ Until now, we have continued to operate Allegro in accordance with official instructions, and the purpose has been to secure access to Finland for Finns. During these weeks, people who have wanted to leave Russia have had time to leave the country. Now, according to the state ownership control, it is no longer appropriate to continue operating Allegro’s traffic due to sanctions, so we will suspend traffic for the time being”, says Topi Simola , Director of Passenger Traffic of VR Group.

No freight due to sanctions

After the first EU sanctions on Russia were announced, VR’s freight branch VR Transpoint continued business through the Russia. However, this is not the case anymore. “The continuation of freight traffic between Russia and Finland is no longer possible because of the sanctions imposed on Russian Railways (RZD). VR Group is obliged to comply with the sanctions imposed by the Western countries”, explained Martti Koskinen, senior vice president of VR Transpoint.

“The most recent sanctions were imposed by the UK on 24 March. These sanctions include an asset freeze and an obligation to refrain from any transaction with Russian Railways. This has led to a situation where VR Transpoint can no longer continue transportation with Russia”, concluded Koskinen.

The Finnish company has a dedicated subsidiary, Finnlog, to transport forest products to and from Russia. In addition, it had established two joint ventures, ContainerTrans Scandinavia (CTS) with TransContainer and Freight One Scandinavia (FOS) with OAO “PGK” for traffic between Finland, Asia and CIS countries. These international services used the Russian route heavily. As a result, stopping traffic to and from Russia could severely impact the company’s volumes.