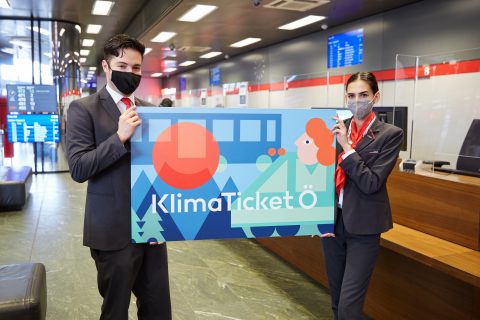 From a sustainability point of view, the Austrian transport company ÖBB wants as many people as possible to use public transport. To this end, it introduced the so-called Klimaticket, which allows you to travel on public transport all year round throughout the country.

The Klimaticket is valid from 26 October and costs 1,095 euros for everyone aged 25 and over. Young people and those aged 64 and over pay 821 euros. Until 31 October, the ÖBB is using a special early booking rate, which means that the tickets temporarily cost 949 and 699 euros respectively. A comparable subscription in for example the Netherlands with national operator NS costs almost four times as much.

ÖBB’s move turned out to be a success already. According to Austrian media, there was so much demand for the so-called early bird tickets on Friday that the web shop’s servers were temporarily unable to process the traffic.

There will also be state-specific Klimatickets. The one for Upper Austria was presented yesterday, while others, including the one for Vorarlberg, will follow later this quarter.