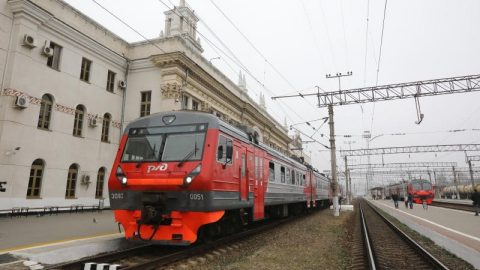 Russian Railways and the French SNCF have signed a roadmap for the use of trains running on hydrogen fuel cells. It also covers the introduction of other green technologies that will contribute to environmental transformation in the railway sector. Signed this Wednesday, the two railway companies will cooperate for the next three years.

Today, more than 85 percent of all passengers and cargo carried by Russian Railways are transported by trains powered by electric traction. For non-electrified lines however, Russia is looking at hydrogen, just like more and more railway companies and countries.

In June 2020, the Russian Government approved the new Energy Strategy until 2035. In this, Russia voiced a major goal to become a world leader in hydrogen production and export. It also established specific export targets of 0.2 million tons by 2024 and 2 million tons by 2030. France is also making strides in the hydrogen development. Just last month, SNCF ordered 12 hydrogen-electric trains from Alstom for regional lines.

Now, the Russian and French railways will cooperate in the further development of hydrogen trains. Sergei Kobzev, the Deputy Managing Director and Chief Engineer of Russian Railways, and Pierre Izard, the Director for Technologies, Innovations and Projects at the SNCF Group, signed the roadmap via a video link on 26 May.

The roadmap defines the directions of cooperation between Russian Railways and SNCF for the next three years, such as safety, design, maintenance and the certification of freight and passenger rolling stock. The roadmap also envisages cooperation on other types of traction that will reduce the use of diesel fuel. It also involves the systems required for their support operations.

“Taking into account the ambitious plans of our companies for the future and the desire to develop cooperation in the field of green technologies, I believe that signing the roadmap will help to achieve our set goals faster”, said Sergey Kobzev or RZD.

“The signing of the roadmap is the result of a fruitful collaboration between the SNCF and Russian Railways’ teams. Safety is the absolute foundation of this partnership, so our goal is to share knowledge in all areas related to the use of hydrogen and technologies that reduce the environmental impact of railways”, said SNCF’s Pierre Izard.