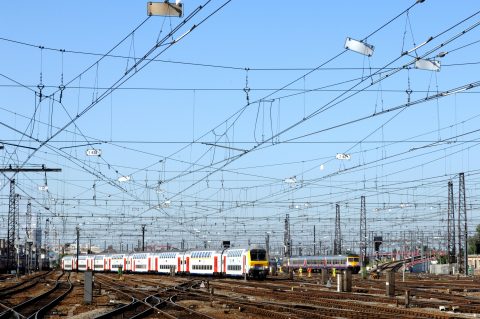 Belgian government negotiates with NMBS and Infrabel for new contracts

The Belgian government has started talks about new contracts with NMBS and Infrabel. In order to get the rail infrastructure to a higher level, a performance contract is being concluded with Infrabel. The government enters a public service contract with NMBS, which aims to increase the frequency of train traffic, provide better services to travellers, and more accessible stations.

“The existing management contracts between the federal government, NMBS and Infrabel date back to 2008. For years, the railway policy was developed without a clear political vision”, said Georges Gilkinet, Minister of Mobility in Belgium. “As Minister of Mobility, I want to provide an ambitious framework through a public service contract for NMBS and a performance contract for Infrabel. Our goal is to attract more travellers to rail and to transport more goods by rail. To do this, we require the necessary resources, with a modern governance framework and strong priorities for the future of the railways.”

More than ever, the Minister of Mobility wants to put the traveller and the customer first. That is why the term “management contract” is replaced by “public service contract” for NMBS and “performance contract” for Infrabel. The emphasis will be on the results expected from the rail companies, in exchange for the finances made available by the government.

On Friday, April 2, the draft specifications for public service obligations were approved, after which negotiations between the government, NMBS and Infrabel could start.

The minister emphasises that in the future, cooperation with other public transport providers should become more self-evident. “Stations should encourage intermodal travel”. The personnel policy must be focused on diversity and equal opportunities. In addition, NMBS and Infrabel must “set an example in terms of environmental policy, both for energy and for the protection of biodiversity”.

The new contracts are expected to be concluded by the end of 2022 and will last for a period of ten years. This is especially important for NMBS, because the coalition agreement stipulates that the Belgian state will award NMBS  the concession for the Belgian rail network directly for the next ten years.

According to European regulations, this is only possible under strict conditions, including regarding the quality of the service and cost efficiency. The EU aims to open up domestic passenger railways to new entrants and services. According to the Belgian minister, it will however be possible to award the concession to NMBS directly with the new contracts.