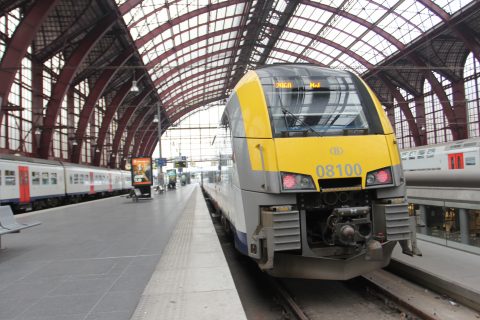 Belgian rail operator SNCB/NMBS has received a subsidy of 2.4 million euros for the installation and updating of ETCS on its trains. The subsidy is granted by the Innovation and Networks Executive Agency (INEA), founded by the European Commission to further implement the ETCS safety system in Belgium.

The new version of the ETCS has been upgraded on four vehicles, which for the moment, will serve as prototypes for a larger scale migration from 2023. The prototypes are a T18-19 locomotive, a Desiro railcar, an M6 driver’s station and a driving I11 which now have ETCS version baseline 2 and will be upgraded to ETCS level 2 baseline 3. The ETCS upgrades will be installed on120 types of 18-19 locomotives, 305 Desiro self-propelled units and 85 driver’s cabs ( M6 and l11).

SNCB intends for the upgraded rolling stock to circulate not only in Belgium but also run through Luxembourg, the Netherlands, Germany and France. The upgrade is regarded by SNCB/NMBS as a step forward in enhancing efficiency and communication safety on the European rail network.